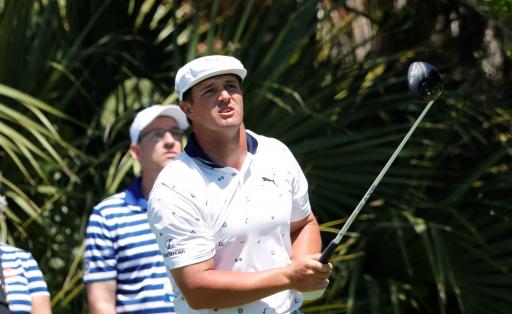 Bryson DeChambeau has been listed with the bookmakers as a 20/1 shot to win the World Long Drive Championship when he tees up in the event that falls just 24 hours after the Ryder Cup at Whistling Straits from September 27.

DeChambeau's longest ever drive recorded on a golf course stands at a gigantic 480 yards, albeit at altitude and with a steep hill - which he won't have the luxury of during the World Long Drive Championship.

The big-hitting American leads the PGA Tour's Driving Distance charts this season with an average of 321.7 yards - so he will certainly need to step on that if he is to contend with golf's biggest bombers in the Long Drive game.

World No.1 Long Driver Kyle Berkshire is expected to once again be the red-hot favourite for the championship. Berkshire's record drive in competition stands at 474 yards.

The world record recognized by Guinness World Records as the longest drive in a competition is 515 yards by 64-year-old Mike Austin in 1974 at the US Senior National Open Qualifier with a 43.5" steel shafted persimmon wood driver.

DeChambeau, who is already assured of a place in Steve Stricker's US Ryder Cup side, told his followers that he wants to take part in the Long Drive event to help grow the game of golf.

"This is an amazing opportunity to grow the game and the sport in general!" said DeChambeau on Instaram.

"I want to show the world how incredibly talented and hard-working these athletes are.

DeChambeau currently lies ninth in the season-long FedEx Cup race heading into this week's BMW Championship, but he will be looking to improve his recent form having picked up just one top-10 finish in his last nine competitive starts on the PGA Tour.