Patton Kizzire snapped his driver in the final round of the Northern Trust, but according to the Rules of Golf, he was not allowed a replacement club. 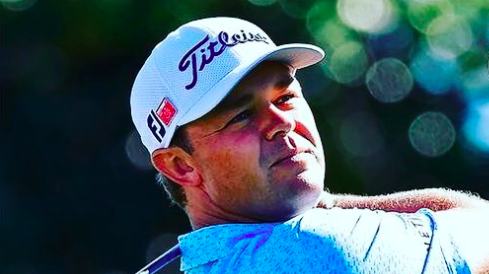 Patton Kizzire teed off on the 7th hole in the final round of the Northern Trust at Liberty National when something very unexpected happened.

As he finished his swing, Kizzire's driver snapped over his back, so this raised the question as to whether he was entitled to a replacement club.

The Rules of Golf state that the driver can be replaced if the original one was snapped by an outside influence or natural force. However, a replacement is not granted if it is snapped as a result of anger.

The World No. 115 said that he did not break the club out of anger and that certainly wasn't his intent when he hit his tee-shot wayward on the 474-yard par-4.

"I was a little frustrated but I didn’t feel like I was putting enough pressure on it to break it," Kizzire said.

Only the top 70 advanced to the @BMWChamps.

The 35-year-old was preparing to use a replacement driver on the 10th hole having spoken to a rules official, but his playing partner Jordan Spieth raised the question as to whether the driver was snapped by an outside influence.

In his second chat with the rules official, Kizzire was told that he would not be allowed to replace his driver with another one. It was deemed that he applied enough force in frustration to the shaft and this is why it broke.

Kizzire finished in a tie for 56th at the Northern Trust, which was enough to see him through to the BMW Championship in 66th place in the FedEx Cup standings.

The two-time PGA Tour winner appears to have been dealt with a bit harshly, especially after it seemed he would be given a replacement driver after his first conversation with the rules official.