Bryson DeChambeau has withdrawn from the Saudi International prior to the second round on Friday with wrist and hip injuries. 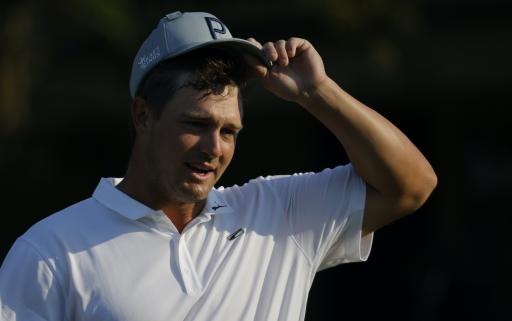 Bryson DeChambeau has withdrawn from the Saudi International after suffering from recurring injuries with his left wrist and left hip.

DeChambeau took the decision to withdraw from the Asian Tour event prior to his second round on Friday, in which he would've been under pressure to make the cut.

The 28-year-old shot 3-over-par on the first day, hitting only three fairways. Much like his performance at the Farmers Insurance Open, his round at the Royal Greens Golf and Country Club was affected by his injuries.

We questioned whether DeChambeau would make it to Saudi Arabia considering his struggles at Torrey Pines where he grimaced and recoiled on most shots.

The former US Open champion pulled out of the Sony Open in Hawaii in January due to a wrist injury, but it seems he has continued to play on and aggravate it.

He visited Greg Roskopf, an expert in Muscular Activation Techniques, in one of his YouTube videos to discover the issue he had with his wrist.

However, his injuries have now spread to his hip. It is unclear what has caused this but one could assume it's down to his relentless speed training and Long Drive-style practice sessions.

DeChambeau has undergone a full transformation in his game and his body in recent years, bulking up to become the longest hitter on the PGA Tour and this has also turned him into a major champion.

At the close of play on Thursday, DeChambeau sat 11 shots behind the leader Matteo Manassero. The Italian is still yet to tee off for his second round of the Saudi International.