Bryson DeChambeau not yet in the Top 250 for Driving Distance on the PGA Tour!

Will Bryson win the driving distance count for a third consecutive season? Check out the early leaders this new PGA Tour season. 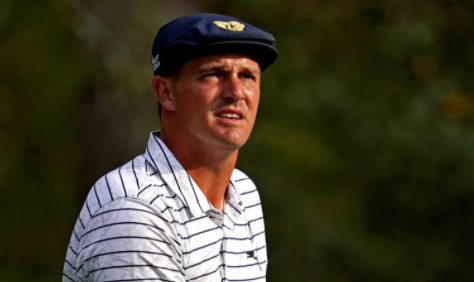 Bryson DeChambeau might be expected to run away with the PGA Tour Driving Distance statistic for a third consecutive season but as it stands right now he is not even in the top 250.

But there is very good reason for that given DeChambeau has yet to even hit a ball during the official 2021/22 PGA Tour season.

DeChambeau has not played in a PGA Tour event since the Tour Championship, where he finished seventh in the FedEx Cup standings.

Next up is Cameron Young on 330 yards, closely followed by Joseph Bramlett on 327 yards.

Of the more notable players further down the list, Olympic champion Xander Schauffele is ninth on 322.1 yards, one spot ahead of a resurgent Rickie Fowler on 321.6 yards.

Fresh off his recent CJ Cup victory, Rory McIlroy lies 13th on 321.1 yards, one position ahead of Brooks Koepka on 320.9 yards.

DeChambeau has been bashing balls over 400 yards during his mini off-season break from the PGA Tour, so we can expect to see the big-hitting American race straight to the top of the board when he tees it up over the coming weeks.

Last season on the PGA Tour, the Cobra Puma Golf staff player won the driving distance count with an average drive of 323.7 yards, finishing some four yards clear of McIlroy in second.

DeChambeau also won it the season before that with an average drive of 322.1 yards, narrowly finishing ahead of compatriot Cameron Champ on 322 yards.

Incredbly the year before that in 2019, he finished down in tied 34th on 302 yards - demonstrating just how incredible his increase in power has been in recent times.

NEXT PAGE: TIGER WOODS WAS MATCHING BRYSON DECHAMBEAU'S DRIVING NUMBERS BACK IN 2004!