The best Tiger Woods quotes: "I may be outplayed, but I'll NEVER be outworked"

"Money and fame made me believe I was entitled. I was wrong and foolish." 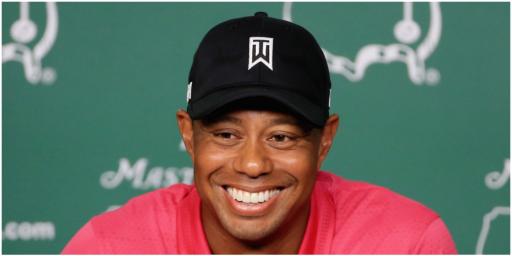 The golf world currently has a Tiger Woods shaped hole in its heart.

Without him the game would not be where it is today as he has given us so many memories.

From that famous chip in at the Masters, his first ever hole in one on Tour to that putt at the 2008 U.S. Open.

There are countless others and we all have our favourites.

But one thing is for sure, the big cat has made the game cool.

"F*** you Stevie, I'm winning this tournament," Woods famously barked at his caddie Steve Williams when it was clear he was injured.

But what makes Woods exceptional is not that he just trots out in front of the media to give pleasant soundbites.

Tiger Woods announces Aaron Beverly as recipient of Charlie Sifford Exemption
How did Tiger Woods explain his split with wife Elin Nordegren to his kids?

Of course there are moments we all remember where he's said memorable things on the course.

But off it he takes the time to think about his answers before he speaks.

Over the years he's been forced to speak publicly about private shames.

While he's also shared the knowledge and wisdom passed down by his parents that have contributed to his massive success.

We decided to take a look at some of his most interesting quotes.

"The joy I get from winning a major championship doesn't even compare to the feeling I get when a kid writes a letter saying: 'Thank you so much. You have changed my life."

"Other golfers may outplay me from time to time, but they'll never outwork me."

"There's no sense in going to a tournament if you don't believe that you can win it. And that is the belief I have always had. And that is not going to change."

"Winning is not always the barometer of getting better."

"No matter how good you get you can always get better and that's the exciting part."

"Money and fame made me believe I was entitled. I was wrong and foolish."

"You know, all the nay-sayers said that I was doing the wrong things. They can understand why now I made those changes."

"I remember there was a time when people were saying I could never win again."

"My failures have made me look at myself in a way I’ve never wanted to before."

"As you all know, I’m kind of a perfectionist."

"One of the things that my parents have taught me is never listen to other people’s expectations. You should live your own life and live up to your own expectations, and those are the only things I really care about it."

NEXT PAGE: THE CRAZY TALE OF LUCAS HERBERT'S DRIVER

PGA tour
masters
The Open
US Open
Tiger Woods
Steve Williams
Previous
Golf Betting Tips: Can Laurie Canter finally win at Portugal Masters?
Next
Bryson DeChambeau not yet in the Top 250 for Driving Distance on the PGA Tour!