Bryson DeChambeau OUT of the Arnold Palmer Invitational at Bay Hill

Bryson DeChambeau withdraws from his title defence at the Arnold Palmer Invitational due to injury. 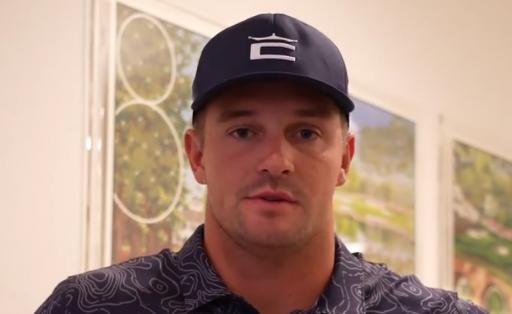 Bryson DeChambeau has withdrawn from his title defence at this week's Arnold Palmer Invitational at Bay Hill due to injury.

DeChambeau has been in rehab in recent weeks after sustaining injuries to his wrist and hip, but after trying his best to return from injury this week, it's unfortunately not going to be possible.

"Alright guys, I've been hitting a lot of balls on the simulator and working hard on my game and my recovery, but man, tough decision right now, I have a lot of work to do to get everything back in order for this week," said a frustrated DeChambeau.

"I don't want to go out there and hurt myself even more and not be 100% ready for the rest of the season. I don't want to come back early and have to take more time off.

"It's a hard decision I have to make right not but I'm going to have to unfortunately not play this week.

"I want to thank the Palmer family and all they've done, they've been a tremendous support to me and my professional golf career, and at this current point in time I've got to take another week off and I'm going to try get back to play at The Players [Championship].

"As of right now, I just can't risk going out there and having it re-aggravate.

"This has been one of the hardest moments in my life, as I said in my last post, because I'm not able to do much.

"I appreciate all of your support, I love you guys and I want to get out there as soon as possible, it's just not possible yet."

DeChambeau was forced to withdraw from the Sony Open earlier this year, and he looked in a lot of discomfort at the Farmers Insurance Open at Torrey Pines. A week later, he then withdrew from the Saudi International after just 18 holes.

Bryson will be back to defend his title at Bay Hill next week pic.twitter.com/BzUerAOLa0

DeChambeau did the unthinkable last year when nearly driving the green at the par-5 6th hole en route to defeating Lee Westwood by one shot.

Next Page: Will Phil Mickelson consider RETIREMENT if the Saudi Golf League falls through?