Bryson DeChambeau PUSHING for The Masters in latest driver video

Bryson DeChambeau is back for the WGC Match Play this week in order to be totally prepared for The Masters next month. 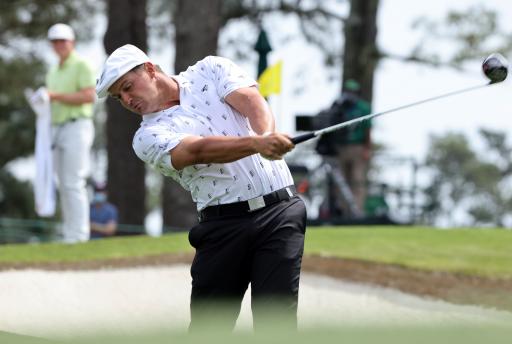 Bryson DeChambeau is fit and ready to go for the WGC Match Play and The Masters at Augusta National according to his most recent post on social media.

DeChambeau posted a video on Twitter of himself hitting a driver which is something he has been unable to do in recent weeks on the PGA Tour.

As you can see in the footage below, the former US Open champion did not apply the usual, ferocious velocity that we have seen before. He looks more cautious and controlled.

This could be a result of his wrist injury which has kept him out of tournaments such as The Players Championship and the Arnold Palmer Invitational, which he won last year.

Finally swinging my driver again. Time to push for the Masters. pic.twitter.com/6oiiNxqObj

During his appearance on the PGA Tour at the Farmers Insurance Open, the pain in his wrist and his hip was visible and this led to him missing the cut.

"Finally swinging my driver again. Time to push for the Masters," DeChambeau wrote above the video. It will be fascinating to see how he fairs at Austin Country club this week.

The 28-year-old has been drawn alongside Lee Westwood, Talor Gooch and Richard Bland in Group 9. He is the highest-ranked player in this group.

His first match will be against seed No.54 Richard Bland at 1.44 pm local time in Austin, Texas. This will be an intriguing match between an experienced DP World Tour player and a PGA Tour star.

DeChambeau has still been creating content on the Regecy Instagram page and his own YouTube channel in his injury period, but now he is back and will be looking to win his ninth PGA Tour title.

Next Page: WGC Match Play EXPLAINED: What is the format, schedule and structure?