Phil Mickelson WILL NOT play 86th Masters at Augusta National

Phil Mickelson is now listed as a "past champion who is not playing" on the official Masters website. 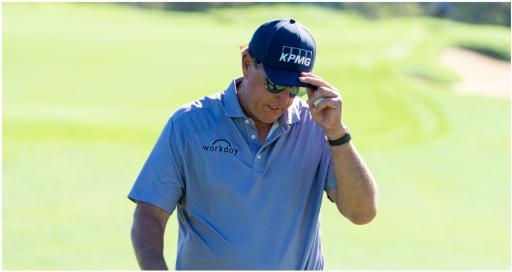 Phil Mickelson will not play at The Masters next month, according to their official website.

More: Augusta National undergoes huge changes ahead of The Masters

Mickelson, 51, is now listed as a past champion who will not be competing at the first major of the year taking place between April 7-10.

Lefty has been the subject of considerable controversy ever since his comments to the bigorapher Alan Shipnuck were made public.

Related: The biggest indication yet that Tiger Woods will play in The Masters

Mickelson admitted that he was leveraging the Saudis against the PGA Tour to try and force them into changing how they operate.

He had previously called their greed "beyond obnoxious" and accused them of sitting on players' media rights money.

It led to him issuing a lengthy statement on February 2022 where he said he was taking a break from the game.

Callaway Golf have since put their sponsorship with Mickelson on hold and will review it a later date. KPMG severed ties with him.

In his apology Mickelson said he wanted time away to focus on the man he wants to be. "I know I have not been at my best," he said.

There has been widespread speculation he is currently suspended. That has not been confirmed or denied by the Tour.

PGA Tour chief Jay Monahan did not go into details about Mickelson when he spoke to the media before The Players Championship.

He did, however, take a bit of a swipe at Mickelson and said the Tour was moving on and focusing on "legacy, not leverage".

Monahan did say that he would welcome a phone call from Mickelson and that they would "have a conversation" before he could return.

Mickelson won the green jacket in 2004, 2006 and 2010. Lefty created some of the most iconic moments we have ever seen at Augusta.

From the pine straw at 13th, he hit one of the most sensational shots on his way to victory in 2010.

He memorably leapt up into the air at 18 when he won the major for the first time. That image now forms his logo.

Elsewhere, Tiger Woods still remains on the list to play. It remains extremely unlikely that Woods will play in a few weeks' time.

Competitors have until competition week to decide if they are playing The Masters.

Any hypothetical suspension Mickelson is currently serving would not apply.

Next page: Greg Norman says Phil Mickelson made a mistake