WGC Match Play EXPLAINED: What is the format, schedule and structure?

The WGC Match Play is the only match play event on the PGA Tour that puts the best 64 players in the world against each other in a one-off format. 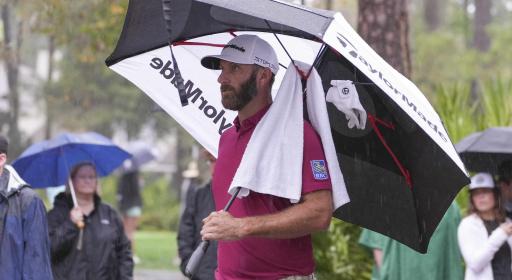 The WGC Match Play is an exciting one-off event that goes back to golf's roots. It is a five-day match play tournament held at Austin Country Club in Texas.

Yesterday afternoon, the groups were drawn and we will be treated to some great matches such as Jon Rahm versus Patrick Reed and Jordan Spieth versus Justin Rose.

The rankings are based on what they stood at after The Players Championship. The players were then placed into four pools of 16 players. The top 16 players in the world rankings were divided into each of the 16 groups, so seed No.1 is in Group 1.

The 64-man field has been divided into 16 four-player groups. Every player is given a seed based on their world ranking position, much like what happens in tennis tournaments.

Wednesday, Thursday and Friday will see Round 1, 2 and 3 of the group play matches. The player with the most points from each group will advance to the last 16 stage which will be straight elimination.

If two or more players in a group are on the same points total, a stroke-play hole-by-hole playoff will decide which player advances to the last 16.

On Saturday morning, the last 16 will compete in eight matches and the winners will advance to the quarter-final stage which will be played on Saturday afternoon.

There will also be a consolation match for the losers of the semi-finals. If the championship match is all-square after 18 holes, the match will be extended from holes 12 through to 18 and this will be repeated if it is necessary.

Next Page: Phil Mickelson WILL NOT play at 86th Masters at Augusta National