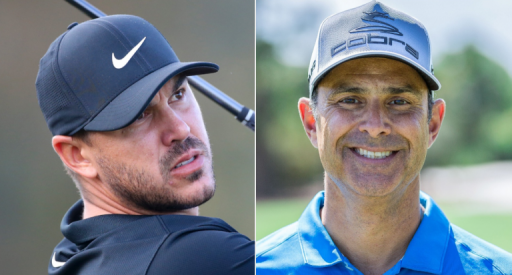 Claude Harmon III has revealed on the Filthy Lipout Podcast that he was fired by Brooks Koepka after The Masters in November as a result of the former World No.1 wanting to "hear something different."

Harmon III, son of Tiger Woods' former long-time coach Butch Harmon, first began working with Koepka back in 2013 when he was applying his trade on the Challenge Tour and then helped the American go on to win four major titles.

"I just got fired by Brooks Koepka, I was with Brooks for eight years," Harmon III told Kit Alexander and John E. Morgan on the latest episode of the Filthy Lipout Podcast.

"You know, I think you get players that say 'Listen I’m just tired of hearing the same thing' and I’ve always been one that would say, 'Well listen, I’m not gonna make stuff up, I can try and tell you something different but we kind of know what you do as a player and if you’ve had success.'

"You know Brooks had an eight year run of some incredible golf and I think Brooks is at a stage of his career having gone through an injury where maybe he wants to hear something different and that kind of stuff happens."

Since splitting from Harmon III, the four-time major champion missed three consecutive cuts before going on to win his first PGA Tour title in 18 months with a second career win at the Phoenix Open at TPC Scottsdale.

Koepka has since followed that up with a tie for 38th at the Genesis Invitational and a tie for second at last week's WGC-Workday Championship behind Collin Morikawa.

In an interview with Golfweek after seeing his client Si Woo Kim land his PGA Tour hat-trick at The American Express last month, Harmon III explained the split happened just days after The Masters.

Harmon III, who coaches World No.1 Dustin Johnson, said: "I was informed on the Wednesday after The Masters that he [Koepka] wanted to go in a different direction."

Previous
Your golf ball hits a bird and goes OUT OF BOUNDS, but what's the ruling?
Next
Gary Woodland with the STROP of the PGA Tour season so far!