Jordan Spieth was very impressed after a young fan wrote his school report on the former World No.1. 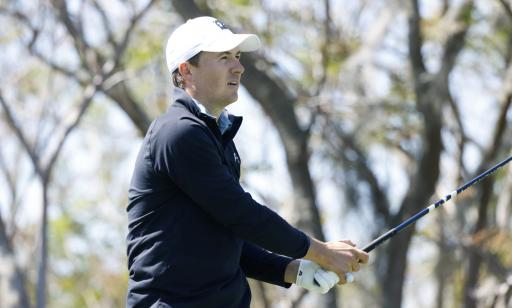 A young golf fan stopped Jordan Spieth during a practice round to recite his school report, which focuses on the life of the former World No.1.

Spieth was walking to his ball as he practiced at TPC Sawgrass for this week's Players Championship, when a young fan asked very politely if he'd be interested in hearing his school report.

“Hey Jordan,” the youngster called out to Spieth who was walking alongside Justin Thomas. “I’m doing a report on you for school … want to hear my speech?”

The three-time major winner, who always makes time for his fans, stopped and said: "Sure buddy."

WATCH THE HEART-WARMING MOMENT BETWEEN SPIETH AND HIS FAN:

This fan deserves an A+ on his @JordanSpieth report. pic.twitter.com/atYsJ0J5Lc

The young fan recited his report word for word and everyone who has watched it has been impressed by him, with Spieth's mother retweeting the video herself with the caption: "Oh, my heart."

Some of Spieth's greatest achievements as a golfer were included in the young fan's school report and although he hasn't tasted victory for a long time, Spieth's form as of late has been seriously impressive.

After recording a third top-five finish in his last four events at the Arnold Palmer Invitational, Spieth is starting to look back to his best and it would be incredible to see him regain the form that once made him the most talented golfer on the PGA Tour.