Dustin Johnson BLOWS UP at Palmetto but moves to THIRD in PGA Tour career money! 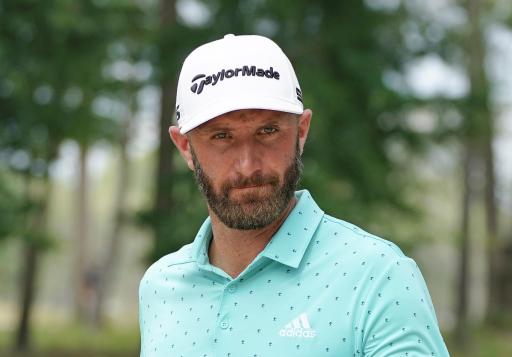 Dustin Johnson may have squandered his chance of landing a milestone 25th PGA Tour title at the Palmetto Championship on the weekend, but the World No.1 did at least take consolation from moving into third on the career money list.

Johnson flirted with the lead at Congaree multiple times during the week, moving into a share of the lead on Friday afternoon only to fall back with a double-bogey at the 18th hole.

Despite slipping further out of contention with a disappointing 73 on Saturday, Johnson responded around the turn on Sunday to move to within one shot of the lead but he would hand it all back with a disastrous triple-bogey at the 16th.

Had Johnson not done that he would have ended up in a playoff with eventual winner Garrick Higgo, who notched his first victory in just his second start on the PGA Tour at the age of 22 years old.

RELATED: HOW MUCH THEY ALL WON AT THE PALMETTO CHAMPIONSHIP

Nevertheless, a tie for 10th marked Johnson's best finish on the PGA Tour since his tie for eighth at The Genesis Invitational in February, and it moved him up the ladder to third in the PGA Tour's all-time career money list.

Rory McIlroy is then some $15 million behind in sixth place.

NEXT PAGE: BROOKS KOEPKA REVEALS WHY HE IS STRUGGLING IN REGULAR PGA TOUR EVENTS