Brooks Koepka: "I STRUGGLE TO FOCUS in regular PGA Tour events than in majors"

Koepka reflects on missing yet another cut on the PGA Tour... 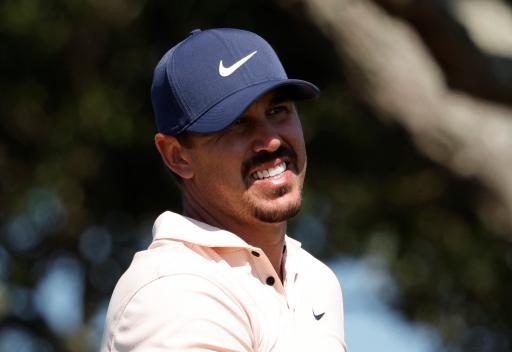 Brooks Koepka's rollercoaster season on the PGA Tour continued at the Palmetto Championship as he missed a third cut in his last four tournaments - and he has put it down to a lack of focus.

Koepka, 31, has in fact missed six of his last 10 cuts on the PGA Tour, but in that stretch he has also notched an impressive victory at the Phoenix Open and a pair of runner-up spots at the WGC-Workday Championship and US PGA Championship.

The World No.10 may have missed the cut at The Masters in April, but on the whole Koepka has excelled when it comes to major championships in recent years, reflected none better than landing two back-to-back US Open titles in 2017 and 2018, and US PGA titles in 2018 and 2019.

Koepka has won eight times on the PGA Tour, and four of those wins have been major championships. That to Koepka highlights a positive, but also a big negative that he wants to improve moving forwards.

"I just have a harder time focusing in regular PGA Tour events than I do majors," said Koepka, reflecting on his latest missed cut at the Palmetto Championship at Congaree following rounds of 72 and 73.

"I've got to figure it out. That's why I struggle, I think, in regular events. It's the focus and the energy, the excitement level just isn't there when it would be in a major. It's different. I thrive off that bigger stage, that big moment where there's a bunch of fans and a tough golf course. I love it.

"I mean, this golf course is tough enough. It's firm. It's blowing. You know, just needed to be better."

NEXT PAGE: BROOKS KOEPKA REVEALS EXACTLY WHY HE ROLLED HIS EYES AT BRYSON DECHAMBEAU