Dustin Johnson has won the Northern Trust three times, but in yesterday's first round he had to play with two 3-woods. 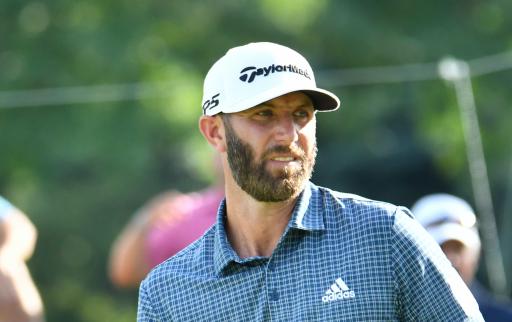 Dustin Johnson was forced to play with two 3-woods in the first round of the Northern Trust after he found a crack in his driver before he teed off.

Although players on the PGA Tour could usually change their driver with a replacement before they begin their round, Johnson did not have a backup driver on the property to use.

Instead, the World No. 2 had a backup 3-wood that he could use, so he played his first round at Liberty National with two 3-woods in his golf bag.

In 2020, the two-time major winner was in unstoppable form at the Northern Trust, finishing on 30-under-par over four rounds and completing a staggering 11-stroke win.

Interestingly, none of Johnson's three wins at this event have been at Liberty National and yesterday, he shot a tame score of 1-under-par to finish seven shots behind leaders Jon Rahm and Justin Thomas on 8-under-par.

Johnson made a bogey on his opening hole of the week, but he bounced back with birdies at the 3rd hole and the 6th hole. He made two more birdies and two more bogeys to finish with a score of 70.

The 24-time PGA Tour winner is currently ranked 17th in the FedExCup standings, so a good week in New Jersey will put him in good shape to qualify for the BMW Championship and the Tour Championship.

Johnson is the reigning FedEx Cup champion and not only did he win last season's Northern Trust, but he also won the Tour Championship which meant he romped to victory at the end of the season.