The World No.1 supports the new Player Impact Program introduced by the PGA Tour. 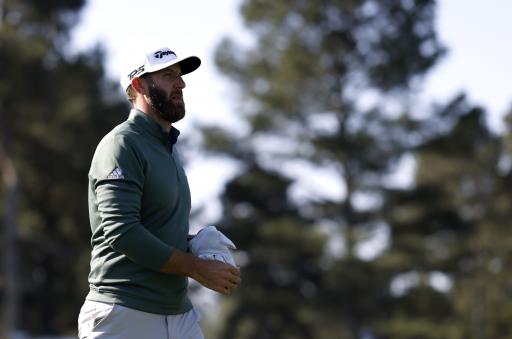 Dustin Johnson fully supports the new Player Impact Program and believes that the "top guys" on the PGA Tour deserve the millions of dollars that is dished out to the 10 highest ranked players.

The new bonus system has received mixed reviews so far and it's no surprise that the players dominating the world rankings are in favour of the Player Impact Program, whilst those further down the pecking order believe the system only benefits the best players.

At the end of the year, the 10 highest ranked players based on Impact Score will share a pool of $40 million, with the No.1 player taking home $8 million.

Impact Score is based on a number of different off-course factors, such as Google search and social media, whilst performances on the golf course will have no impact on their ranking.

Typically, the players inside the top 25 in the world tend to have more social media followers and a better search rate on Google, apart from players who have already made a name for themselves throughout the years, such as Tiger Woods, Phil Mickelson and Rickie Fowler.

Bryson DeChambeau: What's in the bag of the US Open champion in 2021?
Ian Poulter misses the cut at Wells Fargo Championship with son Luke on the bag

Johnson, who returns to action this week at the Valspar Championship, was asked his opinion on the new bonus system and it seems the World No.1 is in favour of it.

"I haven't really thought too much about it," said Johnson. "I mean, I know, yeah, there's a lot that goes into it, like you said, but Tiger [Woods] and Phil [Mickelson] would be probably the top two I would imagine. But obviously it's nice."

Many players outside of the main spotlight have slammed the new bonus system for favouring those already in a position of success, but Johnson believes the best players deserve the bonus money for playing their part in drawing more attention to the PGA Tour.

"The Tour is kind of -- the guys who kind of make the Tour what it is are the top guys on the Tour who put in a lot of the work each and every week and draw big crowds. I mean, that's kind of -- just kind of giving them kind of a thank you. I like it. I think it's nice of the Tour to do, and it's deserved."