Golf legend Fred Couples took to social media to have his say on the PGA Tour's new bonus system. 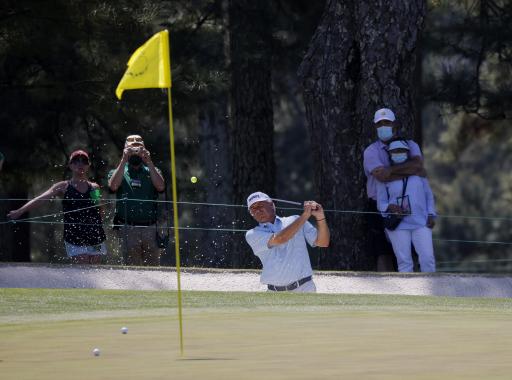 The new Player Impact Program has received mixed reviews so far amongst professional golfers and the latest player to have his say is legend of the sport Fred Couples.

With 62 professional wins, a green jacket and one of the smoothest swings in golf, Couples is a respected figure in the sport and he took to social media to disapprove of the new bonus system.

The Player Impact Program was recently announced by the PGA Tour, which will see 10 players share a bonus pool of $40 million based on a range of off-course factors, such as Google search and social media.

At the end of the year, the player that finishes top of the leaderboard will receive $8 million and the other nine players will split the rest based on where they rank.

Couples, who won The Masters in 1992, took to social media to share his view on the new system and reiterated that money should be earned on the golf course.

Let me get this straight. There’s 40 mil in play for the guys on the @pgatour based on social media likes and follows and tweets ?! The only tweets I’ve ever heard make you money are birdie tweet tweets! Good luck with that

"Let me get this straight. There’s 40 mil in play for the guys on the PGA Tour based on social media likes and follows and tweets ?! The only tweets I’ve ever heard make you money are birdie tweet tweets! Good luck with that," Couples tweeted on Monday.

In a 2019 simulation of the Player Impact Program that was used as an example to PGA Tour players, Tiger Woods topped the leaderboard unsurprisingly, although it would be unlikely that the 15-time major champion would do so again this year, given he will be out of action for a pretty long time.

The new bonus system has gone down well with the top players, although there are rumours that players outside the top 20 aren't happy with the program as they believe it still favours the Tour's best players, despite performance having no impact on the rankings.

NEXT PAGE: Paige Spiranac on why her BOOBS would make her a fortune under new bonus system