McIlroy said there were positive signs to take away from the WGC event, but there is still work to do if he is to get back to his best before The Masters in April. 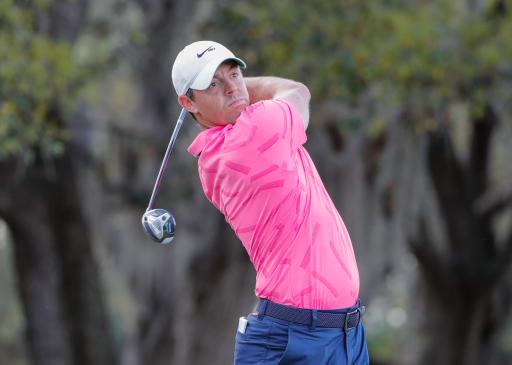 Rory McIlroy admits he is "still searching" as he looks to get back to his best ahead of The Masters in April, but he's taking positive signs from a fairly solid week at the WGC-Workday Championship.

The Northern Irishman finished in a tie for sixth at The Concession, where a 1-under par final round left him on 12-under par for the tournament, six shots behind winner and TaylorMade teammate Collin Morikawa.

McIlroy, currently 8th in the world rankings, is without a win since the WGC-HSBC Champions back in November 20119 and although he started the final round with a birdie to close the gap on the lead, he made too many mistakes to contend.

The four-time major winner has now played seven tournaments in eight weeks and with The Masters just over a month away, McIlroy said he is still looking for that extra gear that once made him the most feared golfer on the PGA Tour.

"I'm still searching a little bit," said McIlroy. "There were signs that there's some good stuff in there. I think if anything I felt good with the putter this week, changed from the spider back to the blade which felt good, which was nice.

"I was a little better off the tee as well, and my wedges were good. It's when I get into eight-iron down to four-iron, that's where I'm sort of struggling, and I struggled on the par-threes today, I had some really loose shots and made three bogeys on the par-threes because of tee shots.

"I've still got a little bit of work to do, but I guess if I can come to a World Golf Championship with the best players in the world and not feel like I'm my best and still contend, I guess that's a good sign."

All eyes will be on McIlroy at Augusta next month, with a Masters title all that's left to complete a career Grand Slam and the 31-year-old will continue to his preperations on the PGA Tour in the coming weeks, with some testing courses to come.

"I've got a couple of golf courses coming up in Bay Hill and TPC Sawgrass where there's some water to contend with and some trouble lurking on both sides and stuff," he said. "So I think a little more work on the range, take it on the course and just try to feel a little bit more comfortable with it."

NEXT PAGE: Forensic expert thinks Tiger Woods fell asleep at the wheel before his crash