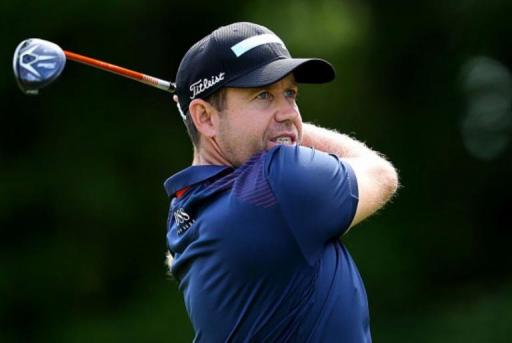 Erik Compton made the most of his sponsorship exemption at the Charles Schwab Challenge by firing a 5-under-par 65 to sit two shots behind Jordan Spieth and Sergio Garcia.

The 41-year-old has plied his trade on the Korn Ferry Tour for the majority of the last five years, as he has only made three appearances on the PGA Tour since 2016.

You would have thought Compton was a regular player on the tour with his performance on Thursday. He made five birdies and 13 pars to shoot 5-under-par and put himself in the mix on Friday.

First round 65 and also grateful to be alive. ️ Two-time heart transplant recipient @ErikCompton3 records his first under par round on TOUR in 1,740 days. He's currently solo 2nd @CSChallengeFW. pic.twitter.com/in1IW0kjWQ

"Yeah, it feels really good. I put in a lot of work on the putting, said Compton.

"I've been working with Phil Long with Axis One and grinding away and trying to get that right. I think that's been the missing part of my game. I'm always a scrambler, so my chipping is good and if I can hit a few more fairways, I think I'll have a good week."

Compton broke a drought of 1,740 days, almost five years, without a round under par on the PGA Tour but he has overcome greater challenges than this in his life.

The man from Florida is a two-time heart transplant recipient and he has to take up to 20 pills a day in order to maintain his health and protect his transplanted organ.

Compton is currently tied third with Jason Kokrak at Colonial Country Club and will tee it up later today to build on his solid first-round score.

Although his recent career has been on the Korn Ferry Tour, Compton is capable of competing with the best, which he showed at the 2014 US Open when he finished second behind Martin Kaymer at Pinehurst.