Sergio Garcia has won 11 times on the PGA Tour and 16 times on the European Tour, but how much is the Spaniard worth in 2021? 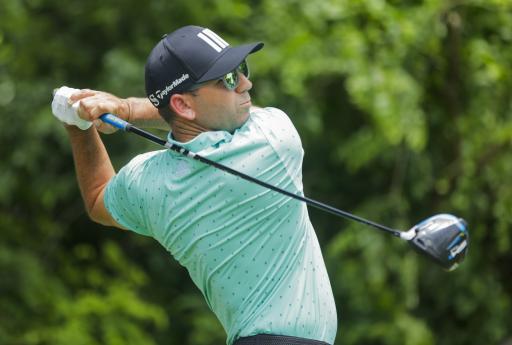 Sergio Garcia has been one of the best European golfers to compete on both the PGA and European Tours in the last 20 years.

His longevity shows how talented and consistent he is and even to this day, 22 years after his first win on the European Tour, he is still able to contend against the best in the world.

In 1999, the Spaniard won the Murphy's Irish Open and the Linde German Masters and two years later, he picked up his first win on the PGA Tour at the MasterCard Colonial.

It was clear that a special player had been discovered and his wins didn't stop there. In 2008, Garcia picked up arguably his best win to that point at the Players Championship at TPC Sawgrass, beating Paul Goydos in a playoff.

The 41-year-old has been a stalwart for Europe at the Ryder Cup too. He has represented Europe at nine Ryder Cups and in 2018, he became the record points scorer in the competition for Europe.

The best week of his career came in 2017 when, having hit the bar on so many occasions, he won his first major title at The Masters by beating Justin Rose in a playoff.

As Garcia has been around for so long, he is currently 10th in the all-time earnings list on the PGA Tour on a staggering $52,760,897.

In 2018, Garcia signed a new deal with Callaway having been with Taylormade for 15 years, but the Spaniard has now re-signed signed with the popular brand that also sponsors Dustin Johnson.

Throughout his career, the man from Castellon has built a healthy list of endorsement deals with Adidas, Omega, BMW, Credit Suisse and Super Stroke, which have all added to his net worth.

It is estimated that Sergio Garcia is worth approximately $70 million.