Fans to return to PGA Tour at Memorial Tournament

Up to 8,000 spectators will be permitted at the Memorial Tournament at Muirfield Village in Ohio. 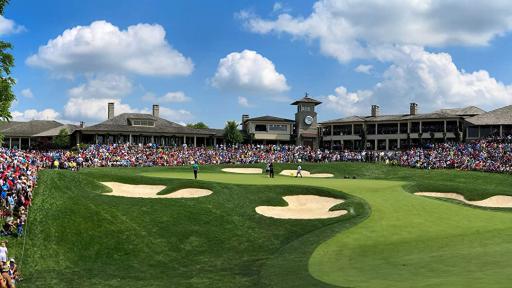 The Memorial Tournament in Ohio, scheduled for July 16-19, will be the first tournament on the PGA Tour where spectators will once again be permitted.

This however will not spark the return of fans to tournaments on the PGA Tour, with the following four events not allowing spectators.

The announcement was made on Friday when Ohio Governor Mike DeWine tweeted that the Memorial Tournament had prepared a safety plan that would see a limited number of fans attend the tournament and that he intended to approve it.

It has been reported that a maximum of 8,000 fans will be able to attend the event at Muirfield Village, which is just 20% of the maximum capacity.

Health and safety measures will be put in place, which will include all spectators wearing nonsurgical masks and having their temperatures taken before entering the venue.

The PGA Tour said in a statement that it has been “diligently working with host organizations, state and local government agencies and leading medical experts on health and safety plans for our Return to Golf events."

The statement also said: “The news announced by Ohio governor Mike DeWine is a very positive step for the PGA Tour and the Memorial Tournament presented by Nationwide as it relates to a phased approach in re-introducing a limited number of on-site fans and guests.

“We very much look forward to the return of spectators on a limited basis at the Memorial Tournament, July 13-19.”

The Memorial Tournament, said in a statement:

“The Memorial presented by Nationwide would like to recognize the successful efforts led by Governor DeWine, Lt. Governor Husted and Dr. Amy Acton in the fight against the spread of COVID-19,” the Memorial Tournament said in a statement. “The State of Ohio has been a leader in identifying the tremendous threat that began to appear in January and was one of the first to take drastic action to curb the spread and reduce deaths.

“Their implemented plan has produced encouraging results and allowed for the slow process of opening the State to business and gradually allowing Ohioans to return to a level of normalcy, including the ability to permit patrons at this year’s Memorial. With the support of the PGA Tour, who the Tournament has worked jointly with throughout this process, the Memorial is looking forward to partnering with State, County and City leadership, along with the Memorial Covid -19 Task Force, to offer the Memorial Tournament presented by Nationwide as an example of how public gathering events can be developed and implemented with approved and accepted protocols in place.”

NEXT PAGE: Golfer TRICKS his girlfriend by wearing work gear on video call