Charles Barkley believes that the PGA Tour need to put microphones on the players as the events will lack atmosphere without spectators. 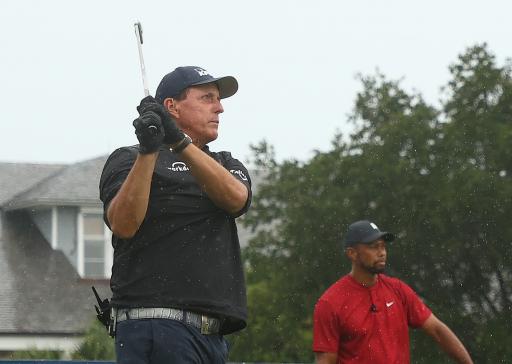 NBA legend Charles Barkley was part of the broadcast team for the latest Tiger Woods vs Phil Mickelson exhibition, The Match: Champions for Charity, that saw Woods and his partner Peyton Manning beat Mickelson and Tom Brady at Medalist Golf Club.

All four players wore microphones throughout the event, giving the people watching at home an added element of entertainment, whilst the broadcast team also had the ability to speak to the players.

The PGA Tour is set to return in June at the Charles Schwab Challenge and Barkley believes that the tour should mic up the players to give the people watching at home something to tune in for, given that there will be no spectators for a number of months.

"I thought the key to the whole thing was how relaxed the players were and how much fun they had," said Barkley, discussing The Match II on the Dan Patrick Show.

Being that we won’t have fans at PGA Matches for a bit, Charles Barkley thinks golfers should be mic’d up. Would you guys be down with that @BKoepka @PhilMickelson @BubbaWatson?

"Let me tell you this, if I'm the PGA Tour and this is my piece of advice to them, if we're not going to have fans, they should mic the players, I really believe that.

"If you’re not going to have fans, you can’t just have guys playing golf and announcers talking.

CBS Sports analyst Nick Faldo agreed with Barkley's comments, saying: "I think more players will do this and if they are happy with we analysts talking direct to them, this could be huge!"