Jason Day revealed earlier this year that he was parting ways with TaylorMade, making the Australian a free agent with his equipment. 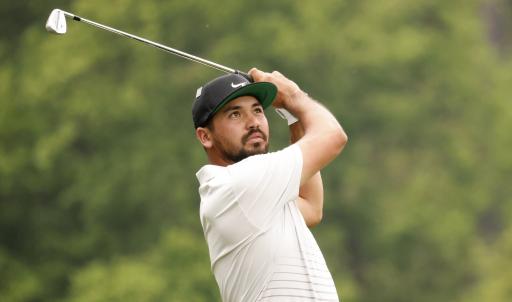 Jason Day is still a free agent with his equipment having left TaylorMade at the start of 2021, and he was recently spotted using a SIK putter.

SIK Golf pride themselves on their Descended Loft putter face technology, which uses four flat surfaces that are milled into one face. Each plane descends in loft by one degree from the top to the bottom of the face.

US Open champion Bryson DeChambeau is another player on the PGA Tour who uses a SIK putter and he has reaped the rewards this season, showing great improvement throughout his game.

An image emerged on GolfWRX of Day using a SIK putter with an LA Golf shaft while practising on a putting green, as the 33-year-old looks to rediscover his old form and superb putting game.

During the 2015 PGA Tour season, Day won a staggering five events including The Barclays, the BMW Championship and his maiden major title at the PGA Championship.

He also reached the World No. 1 spot for the first time in his career. In 2016, Day won three times and he was at the peak of his powers once more.

The Australian won the Arnold Palmer Invitational, the Dell Match Play and the Players Championship in another fantastic season, in which he also earned $8,045,112.

Day had established himself as one of the world's best, however, his recent form has dipped and he has dropped to number 59 in the Official Golf World Rankings.

The 12-time PGA Tour winner has only made one top-10 finish in his last 10 events and he has missed five cuts in the 15 tournaments he has participated in this season.

However, the Wells Fargo Championship could be the perfect week for Day to return to form, as he won this event three years ago. Day completed a two-shot victory at Quail Hollow Golf Club in 2018, which was his last victory on the PGA Tour.

NEXT PAGE: PATRICK REED MET HIS WIFE ON FACEBOOK AFTER BEING GHOSTED BY HER SISTER!