Mardy Fish has won six singles titles in his professional tennis career and reached the quarter-finals in three of the four grand slams, but now he has turned his hand to golf. 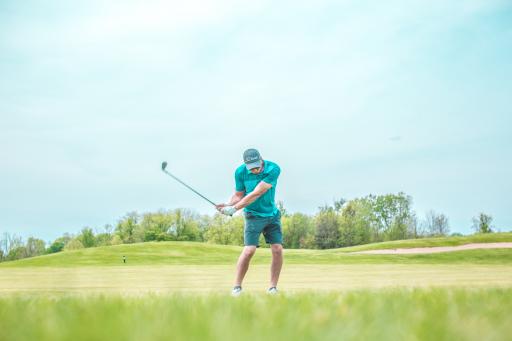 Former World No.7 tennis player Mardy Fish has received a sponsor's exemption to play in the 3M Open on the PGA Tour, continuing his incredible story since hanging up his racket.

Fish, 40, reached the quarter-finals of Wimbledon, the US Open and the Australian Open in his career. He won six singles titles and eight doubles titles, reaching the semi-final of the doubles at Wimbledon in 2009.

But now, Fish is an accomplished golfer. He came sixth at the American Century Championship last week which was won by fellow celebrity golfer Tony Romo.

Romo, a former American football quarterback for the Dallas Cowboys, has made four starts of his own on the PGA Tour and Fish is the latest sports star to make the switch to golf.

Super excited to announce I have received a Sponsor Exemption into the @3MOpen next week in my hometown of Minneapolis! See y’all next week! @PGATOUR #Golf

Fish won the American Century Championship in 2020 and he also won the Diamond Resorts Invitational in 2016 and 2018. Jack Nicklaus once described him as "the best non-professional golfer I’ve ever seen play."

"Super excited to announce I have received a Sponsor Exemption into the @3MOpen next week in my hometown of Minneapolis! See y’all next week! @PGATOUR  #Golf," Fish tweeted.

The 3M Open was first played in 2019 and it was won by Matthew Wolff in its inaugural year. Cameron Champ won the event last season at TPC Twin Cities in Blaine, Minnesota.

Fish was the subject of a Netflix docuseries called "Untold: Breaking Point" in 2021 which is about the American's battle with depression and anxiety during his career.

He also suffered from cardiac arrhythmia and his panic attacks caused him to retire after the US Open in 2015.

Next Page: The Open: Golf fans react to Justin Thomas' outfit on day one at St Andrews