The Open: Golf fans react to Justin Thomas' outfit on day one at St Andrews

Justin Thomas plays the first round of The Open in a hoodie and pair of joggers. 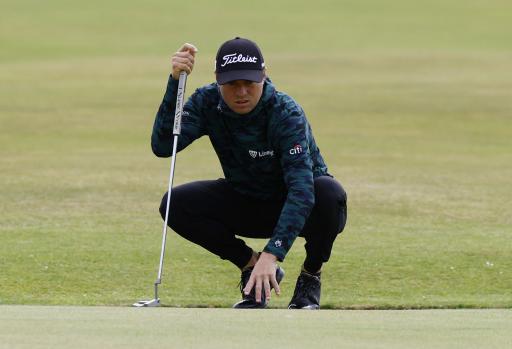 Justin Thomas very much divided opinion with his choice of outfit on day one of the 150th Open Championship at St Andrews.

Thomas rocked up at the Home of Golf wearing a hoodie and a pair of joggers.

We personally like it here at GolfMagic but it would appear many other golf fans out there are not quite so enthused.

"Ridiculous," said one golf fan on social media. "When did wearing track pants on a golf course become acceptable? At the 150th Open no less. Objectively wrong."

"There’s a time and a place and this is not it. Poor." read another tweet.

"JT must have lost a bet?" joked one golf fan.

There will be takes. pic.twitter.com/IhkrGvIQTm

"When you're about to play 9 with your buddies before hitting the gym, sure. St Andrews, no," read one golf fan's tweet.

"Never been a fan of joggers for men, especially on the golf course ESPECIALLY at the home of golf for the 150th Open so hard no for me," said another golf fan.

"Would the starter let me wear that next week? I seriously doubt it," said another.

One golfer commented: "If he wore Pro SL shoes the look could work… but definitely not in those. Classic design and then jogger style pants… no no."

There are some golf fans out there that like the hoodie, joggers combo though:

"Golf is changing we gotta accept it, I welcome the change as long as you still look smart I’m fine with it, I like the new hoodie looks," said one golf fan.

"Times are changing... if he wants to wear that and feels comfortable then why not? Not as if he's wearing a pair of jeans, we've got to encourage people to wear what they want as long as it's accepted by tournament officials.

"If JT wins the Open wearing this then next years Open you will have 25 golfers in a similar outfit. You go JT!" read another tweet.

Thomas is bidding to win his third major championship and first ever Open - but his record in the tournament is not particularly great with just a career-best tie for 11th in 2019.

Next Page: Justin Rose forced out of The Open