Alex Noren was ticked at himself over Open decision...then this happened

Alternate Alex Noren decided not to make the trip to St Andrews because he did not think any players would withdraw from The Open. 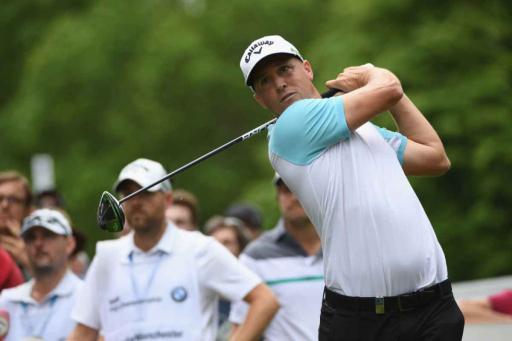 Should we spare a thought for Alex Noren? He was the first alternate for the 150th Open Championship.

He didn't think anyone would withdraw. I mean, why would you?! But still, he decided to go and play the PGA Tour's Barracuda Championship.

The Swede forced himself into contention, which softened the blow somewhat.

"It eases the pain," Noren said. "Every time they show the Open on TV I get frustrated, but like I said, I love coming here. I think it's one of the best courses on the Tour and a great tournament. It's very enjoyable to play."

And it seemed like he just couldn't avoid it.

Noren, 40, told the media he was deliberately not watching the coverage. "It's just on everywhere," he said.

In the end, there were two late withdrawals ahead of the landmark major.

England's Justin Rose had back issues and sadly had to make the decision to skip it. That gave Rikuya Hoshino his chance. He missed the cut.

Erik van Rooyen also had an injury problem and had to join Rose watching with envy.

Aaron Rai, from England, was also listed as an alternate. He decided to drive 350 miles and sleep in his caddie's camper van in the hopes of getting a spot.

Still, if Noren was annoyed at himself for not making the journey then he would have been even more ticked off after PGA Tour journeyman Chez Reavie held off the Swede to claim his third victory in California.

"I wanted to be able to grab some points, either at the Open or here," Noren said.  "I didn't want to just sit out the Open and then having to add a week."

How Reavie won the Barracuda championship

Reavie held off a final-day charge from Noren to win the Barracuda Championship by a single point at Tahoe Mountain Club.

The American started the final round of the Modified Stableford event with a six-point lead over Scotland's Martin Laird and was nine points clear of Noren, a member of Europe's 2018 Ryder Cup winning side.

Noren made a hot start with birdies on the first and second hole, each worth two points, but a bogey on the third hole, costing a point, would prove the difference on the day.

After nine holes the deficit was reduced to one as Noren made four birdies in a row from the sixth hole, moving to 39 points.

However, Reavie, who had held the lead after 36 holes after scoring a tournament-high 19 points on Friday, fired back with gains on the eighth and ninth after a bogey on the fourth to sit on 40 points at the turn.

Both players matched each other on the back nine, with bogeys on the tenth and birdies on the 12th and 16th holes as Reavie finished with 43 points, one ahead of Noren’s 42 to secure his third PGA TOUR title.

The result capped an impressive two weeks for the 26-year-old as he backed-up his fourth-place result at last week's Barbasol Championship.

With this victory, Reavie will be exempt on the DP World Tour until the end of the 2023-24 season.