Gary Woodland with the STROP of the PGA Tour season so far!

Woodland launches his club and an F-BOMB at the WGC-Workday Championship... 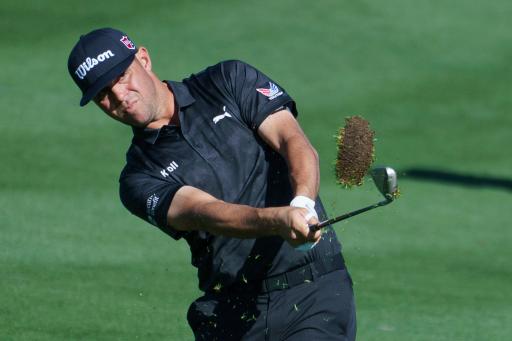 Gary Woodland might be considered one of the more laidback players on the PGA Tour, but that public persona went well and truly out the window at the WGC-Workday Championship last week.

Woodland, 36, appeared on the PGA Tour's LIVE 'Featured Groups' coverage at The Concession in Florida last week and he was spotted getting very irate with one of his tee shots to a par-3. So much so, he launched his club into the turf and followed it with an F-Bomb. WATCH the video below:

As you can imagine, the comments on social media were mixed, but with a majority in favour of a virtual fist bump with Woodland.

"This looks awfully familiar. Been there done that."

"Let's hope he doesn't lose his shirt sponsorship after this."

"Some serious clubhead speed right there."

"I wish my good ones sounded this pure."

"Hate to admit it but this is me every round!"

"Haha love to see some passion out there!"

Woodland ended up finishing in a tie for 43rd at the WGC-Workday Championship as his run of poor form continued on the PGA Tour.

In his last 10 tournaments on the PGA Tour, Woodland has five missed cuts and a WD, with just one top-20 finish during that spell.