Fancy a bet on the golf this week? Take a look at which players we will be betting on for the 2021 WGC-Workday Championship. 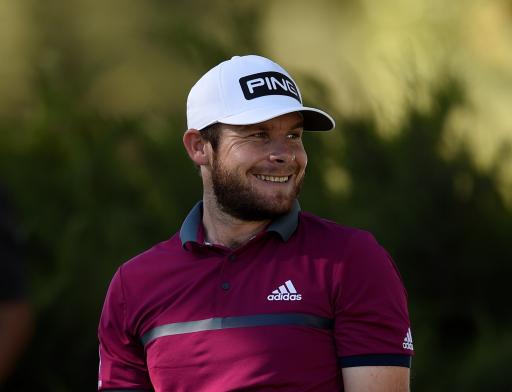 It's the first WGC event of the year and due to Covid, the usual WGC-Mexico Championship will be hosted as the WGC-Workday Championship at The Concession in Florida. The golf course will prove a tough test and is looking in absolutely perfect condition, but which players do we fancy to win this week?

There's no surprise seeing Dustin Johnson leading the way with the bookies as the favourite at 13/2 and the World No.1 will need to be in top form if he is to conquer The Concession, often described as one of the toughest golf courses in America.

Experience isn't a factor that we can really use in this tournament, with the course being unfamiliar to the majority of the field.

This is a huge event for the players and it's a star-studded field taking part in Florida this week and although America's biggest stars will all be there, it's an Englishman who leads our betting selections.

Although Hatton has leapt to 5th in the world rankings, he's slightly down the pecking order with the bookies, meaning you can some serious value out of the Englishman at 20/1.

Hatton has established himself as one of the most consistent players in the game and his all-round accuracy makes him an excellent fit for The Concession.

Last year Hatton claimed his first PGA Tour win and since then he has been on an incredible run, so there's every chance that he will mark 2021 as the year he won his first WGC event.

Our next selection is another European player in Viktor Hovland who shares Hatton's value at 20/1.

The young Norwegian finished in a tie for 5th at last week's Genesis Invitational and he hasn't finished worse than T31 in all his four starts in 2021, with his worst finish coming at the first event he played in this year.

Since then, Hovland has finished T2, T6 and T5 and we think this week's event could mark his first victory of the year.

Our final pick is Sungjae Im at 33/1 who has enough value to be selected each way, but we think he has what it takes to win this event so shooting straught for a victory could be the best option.

Im's consistency on the PGA Tour has helped him reach 17th in the world rankings and The Concession shows a lot of similarities to courses where Im has thrived in the past, so don't be surprised if you see his name near the top of the leaderboard come Sunday.

Previous
PGA Championship set to feature 10,000 fans each day
Next
Tiger Woods golf career is the "least of his worries" admits doctor