Brooks Koepka used the WM Phoenix Open last season to put three consecutive missed cuts behind him, but who will win in 2022? 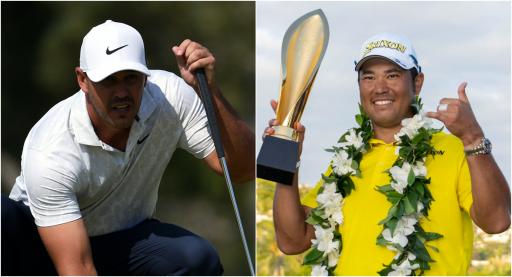 The WM Phoenix Open is one of the most exciting events on the PGA Tour because of the famous stadium stand on the 16th hole at TPC Scottsdale.

It may be one of the shortest holes on the PGA Tour, but the 20,000-seat grandstand is a sight to behold when the stars of the circuit arrive on the tee box.

Brooks Koepka put his poor form aside to win the event last season. He chipped in for an eagle on the 17th hole to take the tournament by the scruff of the neck.

He beat K. H Lee by a shot and also Xander Schauffele, who looked set to end his two-year drought for a PGA Tour victory. This has now extended to three years.

Jon Rahm is back this week as the betting favourite, as is Justin Thomas and the Slync.io Dubai Desert Classic champion Viktor Hovland.

GolfMagic hit the bar when selecting Jordan Spieth to win the AT&T Pebble Beach Pro-Am last week, so Matt and Andy are back this week with two more selections each.

Patrick Cantlay finished in the top 10 on the PGA Tour last week for the third consecutive time. He is Mr Consistent at the moment and his long game is arguably his best quality as he is ranked 11th in strokes gained off the tee.

The 29-year-old is currently ranked second in birdie averages and he makes 75% of greens in regulation. The FedEx Cup champion will certainly give you a run for your money.

Jordan Spieth almost won his 13th PGA Tour title last week but he finished second. However, his swing changes appear to be clicking into place.

In his last five appearances at the WM Phoenix Open, he has finished in the top 10 on three occasions. This could be the time to start betting on Jordan Spieth.

Hideki Matsuyama won this event in 2016 and 2017 and he also finished second in 2015. The Japanese star has a clear affiliation with TPC Scottsdale.

He has already won twice in the 2021/2022 PGA Tour season, most recently at the Sony Open. He is currently ranked first in the FedEx Cup standings, so there is arguably no better golfer to back right now.

This time last year, Brooks Koepka had just missed three consecutive cuts on the PGA Tour. He bounced back to win the WM Phoenix Open which was his second win at the event.

So far in the 2022 season, his form has been poor and he has missed three cuts in six events. But last February, he showed his killer instinct will never leave him.

NEXT PAGE: AMERICAN GOLF HAVE AMAZING GOLF SHOES IN THEIR CLEARANCE SALE!