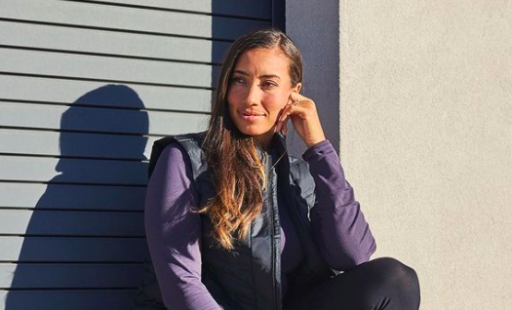 Cheyenne Woods, the niece of the legendary Tiger Woods, is expecting her first child with her fiancée Aaron Hicks of the New York Yankees.

Woods uploaded a post to her 160,000 Instagram followers of her and Hicks sharing a moment together for the announcement, writing: "Surprise! 2022 is about to be a great year."

REVEALED: TIGER WOODS "LOOKS HUGE" IN HIS FIRST PUBLIC SIGHTING OF THE YEAR

Many stars of the LPGA Tour congratulated Woods and Hicks such as Michelle Wie, Jessica Korda, Georgia Hall and Emily Kristine Pedersen.

Speaking to Golfweek, the couple said they met when Hicks appeared on Woods' podcast "Birdies Not BS" in early 2020. Just months later, they began seeing each other.

As a professional golfer, Woods won the Volvik RACV Ladies Masters on the Ladies European Tour in 2014. She also won the SunCoast Ladies Series LPGA International two years before.

She has also played on the LPGA Tour and the Symetra Tour, as well as fulfilling various on-course reporting roles. She has competed at all the major championships, with her best finish coming at the 2016 PGA Championship and Evian Championship when she came tied 43rd in both.

Hicks grew up playing golf but quickly switched his attention to basketball. He played for the Minnesota Twins from 2013 to 2015 and he moved to the Yankees in November 2015.

At the LPGA’s Diamond Resorts Tournament of Champions in 2021, Woods caddied for Hicks in the celebrity section of the event, so it seems Hicks has retained his passion for golf all these years later.

"We just play a lot when we’re home (in Arizona), and we take everybody’s money," Woods said. It is fair to say their baby boy could be an incredible athlete like his parents.