The AT&T Pebble Beach Pro-Am is a great event that mixes both PGA Tour pro's and figures from other sports and the NFL's Josh Allen played in this year's event. 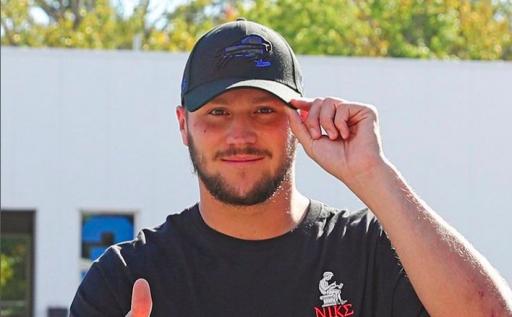 Allen is usually found playing for the Buffalo Bills at the Highmark Stadium, but last week he played at the AT&T Pebble Beach Pro-Am.

The 25-year-old showed off his monstrous throwing skills on the 18th hole of the famous venue when he was faced with a very hard shot to the right of the fairway.

This is one of the most iconic holes in world golf, but Allen chose to play it his own way. As Allen addressed his ball, the marshalls had to hold the crowds back and stop them from gathering too close.

RELATED: IS BRYSON DECHAMBEAU'S LATEST INJURY SCARE TELLING HIM SOMETHING?

He eyed the shot up, which was very close to some trees. Instead of hitting the ball with his wedge, he picked his ball up and threw it towards the green.

For one moment, Allen forgot that he wasn't playing in the East division of the American Football Conference. Unfortunately, it isn't clear as to where his ball finished.

The crowd cheered as he threw his ball quarterback style to the well-known par-5 green. This is what is great about integrating athletes and celebrities into PGA Tour events.

After the event, Allen exchanged a Bills jersey for a golf shirt with Mitchell to cap off an enjoyable week for both golfers. Allen has a handicap of nine which is an impressive standard.

Allen was one of many familiar faces to make up the celebrity field. Canelo Alvarez, Don Cheadle, Alfonso Ribeiro and Andy Garcia were just a couple of other names to be involved.

NEXT PAGE: WHEN AND WHERE ARE THE FOUR MAJOR CHAMPIONSHIPS IN 2022?