Scottie Scheffler is one of the headline acts in a strong field this week at the Hewlett Packard Enterprise Houston Open. 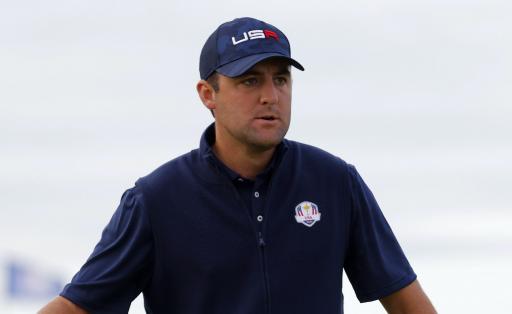 The Hewlett Packard Enterprise Houston Open is the penultimate event on the PGA Tour in the calendar year and it is yet another opportunity for players to pick up important FedEx Cup points.

Fresh from his runner-up finish last week in Mayakoba, Carlos Ortiz will hope that he can successfully defend his title in Houston which he won last season.

He finished two shots clear of Hideki Matsuyama and Dustin Johnson, but neither of these two major champions is teeing it up at Memorial Park Municipal Golf Course this week.

There are 13 major champions in the field such as Brooks Koepka, Adam Scott and Patrick Reed. They are all looking for a return to the winner's circle.

Sam Burns is currently the betting favourite at 16/1. He stills leads the way in the FedEx Cup standings after winning the Sanderson Farms Championship at the start of the new season.

Take a look at our three betting selections for the Hewlett Packard Enterprise Houston Open.

Scottie Scheffler is arguably the best player in the world who is yet to win on the PGA Tour. He had a baptism of fire at the Ryder Cup in October, beating the World No. 1 Jon Rahm convincingly in the Sunday singles.

He made eight top-10 finishes last season including a second-place finish at the Dell Technologies Match Play. He was ranked seventh in birdie average, 33rd in strokes gained in total and 21st from tee to green.

The World No. 21 is fresh off a fourth-place finish in Mexico last week so he could finally be set to win his first PGA Tour title at the Houston Open.

This came across as a very attractive price for a solid player in Tony Finau. Although his form hasn't caught fire this season, he also arrives fresh from the historic Ryder Cup victory and his win at the Northern Trust from the end of last season.

He was 20th in total strokes gained in the 2021 season and 14th in overall scoring average. He made eight top-10's and came very close to wins at the Genesis Invitational and the Farmers Insurance Open.

For someone who always seems on the cusp of winning, the penny can drop at any time with Finau and 25/1 is a very generous price.

Seamus Power has had a great start to the 2022 PGA Tour season. He finished tied 12th at the Butterfield Bermuda Championship and tied 11th in Mayakoba last week.

The 34-year-old is currently ranked 10th in scoring average and 27th in greens in regulation, which could be the key to his consistency.

Power won for the first time on the PGA Tour at last season's Barbasol Championship and he is regularly lurking around the top end of the leaderboard.