The Norwegian previously admitted he "sucked at chipping" but now that area of his game has vastly improved. 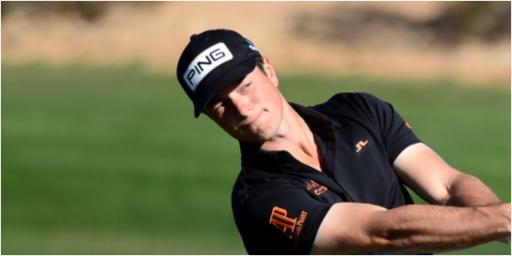 Viktor Hovland emphatically won his third PGA Tour title last week after he admitted to "chipping it nasty" around the greens.

You would have been forgiven for thinking that snapping your driver halfway through the week would have caused the biggest headache.

"I just suck at chipping," Hovland said after the 2020 Puerta Rican Open.

Now, that part of his game has improved considerably.

Since his debut there have been occasions where he has decelerated through the ball.

And he's just not looked comfortable.

Last week in Mexico, Hovland put on a clinic in all facets of his game to prove why he'll be a force to be reckoned with in the majors next year.

Only on his final round did he hit less than 70 per cent of greens in regulation.

It really was Hovland at full power and he'll only get better.

He told the media: "Yeah, basically been trying to essentially rotate my forearms a little bit in the backswing so I can get that clubface to open up, get it more essentially on plane, so then I can use the bounce coming through on a lot of different shots.

"Because in the past, I’ve essentially - the first move has just been like that (gesturing) with my wrists, which is what I do in the full swing, and then you're just exposing the leading edge and it's just going to dig every single time."

That short game work off the course appears to have paid off.

NEXT PAGE: TIGER WOODS PREDICTED HIS GREATNESS AT 14