We have reached The Masters eve in terms of PGA Tour events with the 100th anniversary of the Valero Texas Open at TPC San Antonio. 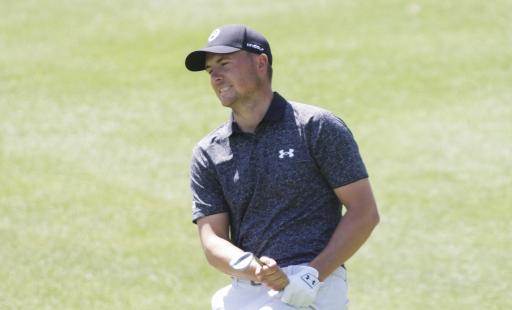 At the WGC Match Play, Matt and Andy picked out both of the finalists at Austin Country Club with Scottie Scheffler and Kevin Kisner being chosen at great prices of 18/1 and 75/1 (e/w). Riding on the confidence of last week, Matt and Andy are back this week with four more selections for the Valero Texas Open.

The Valero Texas Open has attracted a strong field as the stars of the PGA Tour make their final preparations before heading to Augusta National for The Masters.

Bryson DeChambeau is set to continue his recovery from his wrist injury with his second appearance in as many weeks. This is his first appearance at the event since 2017.

Rory McIlroy is teeing it up at the tournament he hasn't played in for eight years. In 2013, he finished second behind Martin Laird.

Jordan Spieth is the defending champion this week at the Valero Texas Open. He won his 12th PGA Tour title at this event in 2021 and his first victory since The Open Championship in 2017.

Take a look below at Matt and Andy's selections for this week.

Related: Tiger Woods will WALK THE COURSE at Augusta National ahead of Masters decision

Jordan Spieth overcame Charley Hoffman and Matt Wallace to win this event last year. Since then, the three-time major champion has made major swing changes which are beginning to come good.

Hoffman has been very unlucky in this event in recent years. He has finished second in consecutive renewals, losing out to Spieth and Corey Conners in 2019.

He won his fourth PGA Tour title at this event in 2016 and in 11 appearances, he has failed to finish in the top-15 just twice. His tournament form is excellent and 70/1 is a great price.

Conners won the Valero Texas Open in 2019 and as he is currently ranked 20th in strokes gained in total, he is in great form to pick up his second PGA Tour title.

Gary Woodland made back-to-back top-5 finishes at the Honda Classic and the Arnold Palmer Invitational earlier this season. He is ranked 14th in driving distance and 35th in total strokes gained.

The former US Open champion came sixth at this event last season and his form this season suggests he can contend at the top of the leaderboard.

Next Page: Bryson DeChambeau to Dustin Johnson: "Are you trying to take out my other hip?"