The PGA Tour is back at TPC Deere Run for the first time since 2019 when Dylan Frittelli won his first PGA Tour title. 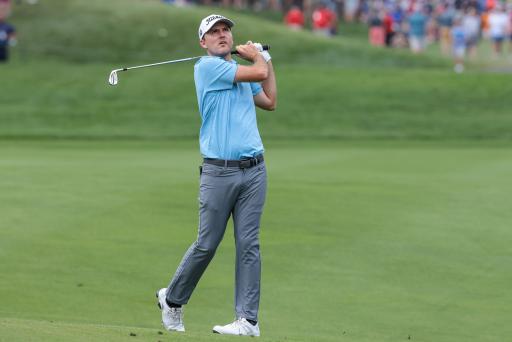 The John Deere Classic has seen many great moments down the years from some special players who are putting in their final preparation and efforts to qualify for the Open Championship.

From 2009 to 2011, US Ryder Cup captain Steve Stricker won the event three times, while Jordan Spieth has also won the event twice in the last decade.

This year, many of the best golfers in the world are taking on the links of the Scottish Open or taking a rest before they head over to Royal St. George's for the final major championship of the year.

It is an open field with Daniel Berger leading the way in most markets, and we have picked out three players that we believe will go close this year at TPC Deere Run.

Russell Henley acquitted himself so well at the US Open and although he faded after sharing the 36-hole lead, he played some great golf and competed with the best players in the world.

He has had top-10 finishes at the Honda Classic and the RBC Heritage which are tough and competitive events. At an event with a weaker field and more accessible holes, I think Henley will give you a great run for your money at 20/1.

One player that has been popping up on PGA Tour leaderboards is Seamus Power. The Irishman finished tied eighth at the Rocket Mortgage Classic last week, which was his fourth consecutive top-20 finish.

33/1 is a very fair price for a player who will be looking to take advantage of a weaker field to secure his first win on the PGA Tour.

How can we ignore Steve Stricker. Age might not be on his side, but he clearly loves playing at TPC Deere Run, proven by his three career wins at this event.

The 54-year-old has excelled on the Champions Tour, winning twice in his last five events including a dominant display at the Bridgestone Senior Players Championship.

These tournaments may not be as competitive at the PGA Tour, but a win is a win and with his affiliation with the event, you shouldn't overlook Stricker at 40/1.