Xander Schauffele and Maya Lowe met while attending different colleges and now they have tied the knot. 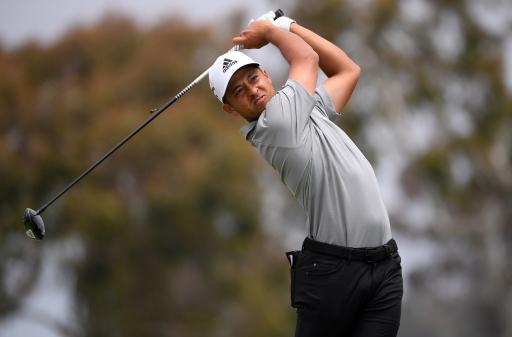 Xander Schauffele has just become a very happy man after marrying his college sweetheart Maya Lowe, two weeks before he tees it up at the Open Championship.

Schauffele and Lowe have been dating since 2014 and although they attended different colleges, this was when their relationship first flourished.

The World No. 5 attended and played golf at San Diego State University, and Lowe went to the University of California, San Diego.

Lowe's LinkedIn account informs us that she works as 'Center Manager Flex' for Planned Parenthood of the Pacific Southwest.

She has held the position for almost four years now and it has been reported that she has been working for the company since 2015, which is based in San Diego.

As you can see on the Instagram post above, Schauffele and Lowe announced on Monday that they are now happily married and many golfers sent their congratulations to the happy couple.

Justin Thomas, Justin Rose and Tony Finau were amongst just some of the names to send their wishes to the couple, who also appear to have two dogs as part of their family as well.

It would be a great wedding present if Schauffele could bag his first major title at the Open Championship next week, a victory that is only round the corner for the four-time PGA Tour winner.