The Charles Schwab Challenge is underway and we have three solid selections for the action on day two at Colonial Country Club. 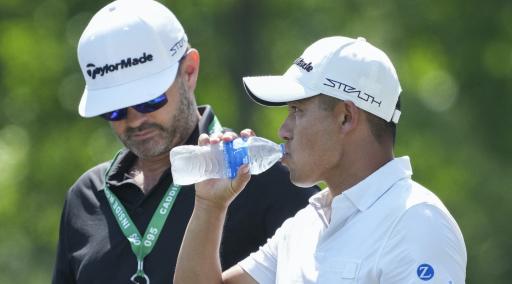 World No.1 Scottie Scheffler and Patrick Reed are part of a leading group of eight players after the first round of the Charles Schwab Challenge.

Scheffler bounced back from his disappointing week at the US PGA Championship to fire a bogey-free card of 66. He is in search of his fifth win in his last 10 events.

Reed has only made one top-10 this season on the PGA Tour, however, the former Masters champion is in good shape to win for the 10th time and for the first time since the Farmers Insurance Open in 2021.

Jordan Spieth had an eventful first round in Fort Worth. He performed miraculous recovery shots on the 15th and 18th holes on his way to a 1-under-par 69.

Spieth won this event in 2016 and he has also finished second on three other occasions. The 28-year-old picked up his 13th win on tour at the RBC Heritage in April.

Justin Thomas made three birdies, two bogeys and a double-bogey on his way to a 1-over-par 70. The 29-year-old is fresh from his second win at the US PGA Championship last week.

Take a look below at the best bets for the second round of the Charles Schwab Challenge.

Collin Morikawa is only four shots behind the leaders after his round of level par on Thursday. The 25-year-old is ranked 9th in scoring average this season and 15th in birdie average. Morikawa has finished second twice this season and made six top-10s and 28/1 seems very steep for someone who is not too far behind with 54 holes left.

Talor Gooch is currently in tied 80th place at the Charles Schwab Challenge after a first-round score of 2-over-par. He will need to recover to make the cut and he has the form to do so. He has made four top-10s this season and he is ranked 6th in strokes gained around the green and 27th in strokes gained in general. He is in a group with Sam Burns and Billy Horschel, but the 2021 RSM Classic winner is a generous price to outscore them.

Max Homa is enjoying a great season on the PGA Tour in 2022, winning the Fortinet Championship and the Wells Fargo Championship. Homa made five birdies and four bogeys on Thursday and he is only three shots behind the leaders. The 31-year-old is ranked 11th in strokes gained in total and his consistency makes him very overpriced at 40/1 to secure his fifth PGA Tour title.