Golf Betting Tips: Our BEST BETS for Men's Golf at the Tokyo Olympics

The best golfers in the world are set to face off at Kasumigaseki Country Club for the Olympic gold medal, one of the most sought-after achievements in sport. 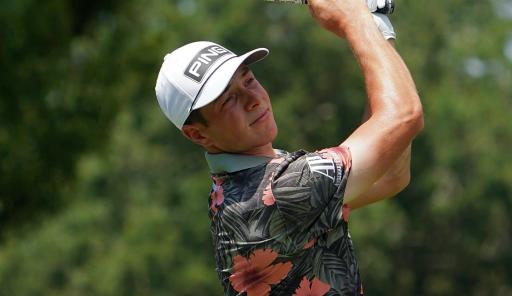 The men's golf event at the Olympics this year has been like no other, due to the disruptions and restrictions that have been caused as a result of the Coronavirus pandemic.

Jon Rahm and Bryson DeChambeau were forced to withdraw from the tournament after testing positive for Covid-19, so Jorge Campillo and Patrick Reed have been called up.

Nonetheless, we have a packed field of world-class golfers who are set to battle it out for the medal places at Kasumigaseki Country Club in Japan.

Justin Rose, Henrik Stenson and Matt Kuchar were the medalists in Brazil in 2016, so we have picked out who we think will be on the podium this week.

Viktor Hovland will be representing Norway at the Olympics and I think he will be determined to win the gold medal for his nation. He finished tied 12th at The Open Championship and he has six top-10 finishes on the PGA Tour.

The young Norweigan won the BMW International Open on the European Tour earlier this season, so he knows how to win.

Having only turned professional two years ago, his rise in golf has been fantastic and he will certainly be challenging in Japan this week.

Cameron Smith is a hugely impressive Australian golfer who is not only due to add to his tally of three PGA Tour wins, but to secure his first major title in the near future.

He has only missed three cuts this season and his highlight came when winning the Zurich Classic of New Orleans with Marc Leishman.

Much like Hovland, I think Olympic golf will suit Smith and his consistency and impressive play will give him a great chance of gold.

Corey Conners has performed impressively at some of the PGA Tour's biggest events this season such as The Open Championship, The Masters and the Players Championship.

He is a rising star who is representing Canada at the Olympics and he has finished in the top 10 on seven occasions in 2021. He won the Valero Texas Open in 2019 and I believe the gold medal is more than achievable to add to his flourishing career.

NEXT PAGE: TIGER WOODS SAYS "I'M NOT DONE" AS YET MORE VIDEO FOOTAGE EMERGES BEFORE CRASH