Golf Betting Tips: Our BEST BETS for the Tour Championship

The PGA Tour season finale has arrived and we have picked out the best bets for who we think can lift the FedEx Cup. 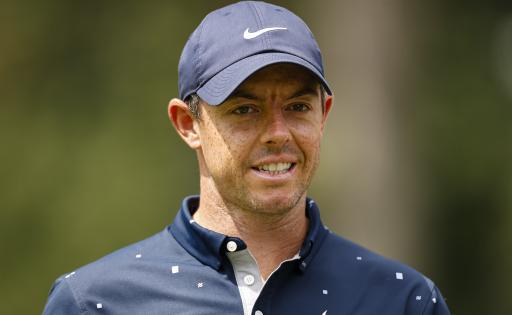 After Patrick Cantlay's thrilling win at the BMW Championship last week, he lifted himself into prime position to win the FedEx Cup and the top prize of $15 million.

The staggered start of the tournament gives the bottom five players in the top 30 FedEx Cup places with a mountain to climb, as they begin on level-par.

Cantlay and Jon Rahm are the current betting favourites at 7/2. The World No. 1 will begin in Atlanta, Georgia on 6-under-par and four shots behind Cantlay.

Here are our three selections for the Tour Championship.

Although Jon Rahm is a very short price to win the Tour Championship, he has earned this with his consistent play in 2021. He won his maiden major title at the US Open back in June, and has since made three consecutive top-10 finishes.

He is starting only four shots behind Cantlay this week, which can easily be made up over four rounds. Rahm finished fourth in last year's Tour Championship, so he also has good form in the post-season finale.

Rory McIlroy won the Tour Championship in 2016, but he also won it in 2019 when the staggered format was first introduced, winning the event by four shots.

The Northern Irishman played well at the BMW Championship, finishing fourth on 22-under-par. This was his seventh top-10 finish in his last 20 PGA Tour events and I believe McIlroy offers good value starting eight shots behind Cantlay on Thursday.

Xander Schauffele has finished second three times this season and has earned himself an Olympic gold medal. He has finished tied third at The Masters and tied seventh at the US Open.

In both years where the staggered format has existed at the Tour Championship, Schauffele has finished second on both occasions. At 33/1 and starting eight shots behind Cantlay, I believe this is another selection of good value.

US PGA
PGA Tour pro SLAMS Southern Hills as US PGA conditions prove difficult
US PGA
Who is US PGA leader Mito Pereira's wife? Meet Antonia Prida
US PGA
Kramer Hickok has a nightmare in the sand then holes out at PGA Championship
US PGA
Who is PGA Tour star Will Zalatoris' girlfriend? Meet Caitlin Sellers
US PGA
Cameron Smith hits PGA Tour pro ON THE HEAD with errant tee shot at US PGA