Patrick Cantlay: What's in the bag of the FedEx Cup leader?

Patrick Cantlay fought off Bryson DeChambeau to win the BMW Championship and to climb to the number one spot in the FedEx Cup. 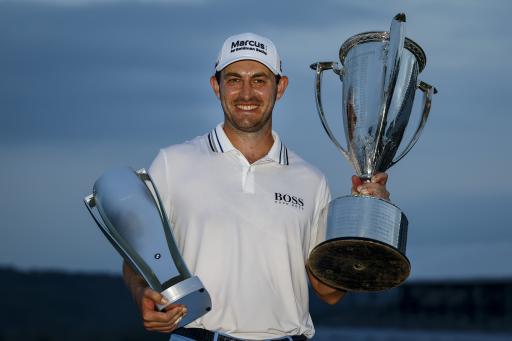 It was a battle that will be remembered by golf fans for many years to come. As the light faded in Maryland, Cantlay holed a number of important birdie putts in regulation play to take DeChambeau to the playoff.

DeChambeau had Cantlay on the back foot for most of the playoff. The 27-year-old missed a golden chance to win from six feet on the second playoff hole, and lipped out for victory on the third playoff hole, which was played on the par-3 17th.

After they exchanged pars at the fourth playoff hole and birdies at the 5th, Cantlay finally made the decisive move by holing a fantastic putt on the 18th green, the sixth and final playoff hole, to secure his third victory of the season.

The man from Florida will begin the Tour Championship on 10-under-par, two shots ahead of fellow American Tony Finau. Cantlay starts with a slight advantage as the new staggered format will still be in effect this season.