Golf Betting Tips: Our TOP BETS for the 2021 Travelers Championship

Dustin Johnson is the defending champion at the Travelers Championship this year and we believe that he could go close yet again. 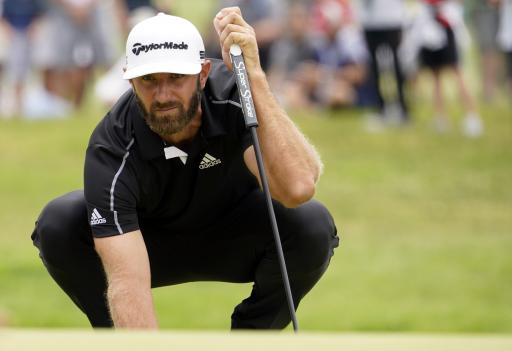 The PGA Tour has returned to TPC River Highlands this week for the Travelers Championship and once again, we have chosen three players who we think can pick up a victory this week.

Dustin Johnson won last year's renewal of the tournament after finishing one shot ahead of Kevin Streelman and we believe the new World No. 2 will go close again.

Johnson and Bryson DeChambeau are currently two of the most prominent players in the betting markets at 12/1, which is a very generous price for two players with good records at the event.

As well as fancying the two-time major champion, we also have two other selections at bigger prices: one with multiple wins at this event and another player who is back on the form trail.

Although the defending Travelers Championship winner has lost his World No. 1 spot to Jon Rahm, it was only a disappointing final round of 74 that prevented him from mounting a serious challenge for his second win at the US Open on Sunday.

This tournament has seen great success from big hitters such as Johnson, Bubba Watson and Phil Mickelson and with his performance at TPC River Highlands last year, I think 12/1 to defend his title is a very good price.

Johnson is still an extremely consistent player with five top-10 finishes in 14 events this season and any week in which he can be found at a double-figure price is a blessing.

As previously mentioned, big hitters have experienced great success at the Travelers Championship, but none more so than Watson. The two-time Masters champion has won this event three times and only Billy Casper has won it on more occasions than this.

Despite Watson not enjoying his best season on the PGA Tour, he still has seven top-25 finishes in 17 events and also four top-10 places as well. The 42-year-old is still capable of producing solid performances and I believe for a three-time event winner, 45/1 is a great price.

It appears that Rickie Fowler has found a new lease of life on the PGA Tour and has put his poor form behind him. He followed up a top-10 finish at the PGA Championship with a tied 11th finish at the Memorial Tournament two weeks ago.

I believe it is important to follow positive trends in a player's game and it looks as though Fowler is on the up. Also, with the news that he and his wife are expecting their first child, this could contribute to Fowler's positive mindset and newfound confidence as he looks to climb back into the world's top 50.

NEXT PAGE: RICKIE FOWLER AND WIFE ALLISON STOKKE ARE EXPECTING A BABY GIRL THIS YEAR!