In order to get the most out of his game for the rest of the season, Tyrrell Hatton has decided to withdraw from Team GB. 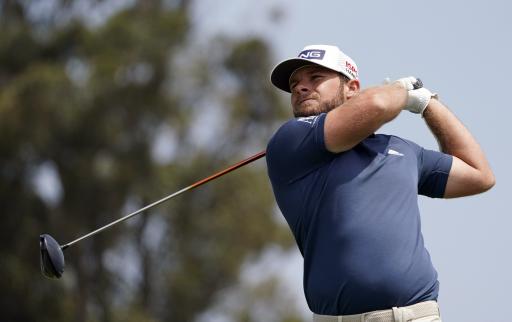 PGA Tour winner Tyrrell Hatton has decided to withdraw from the Team GB squad for the Tokyo Olympics this summer.

The Englishman posted a statement on his Twitter account to say that this was the correct decision in order for him to get the best out of himself for the remainder of the season.

The full list of competitors for the Olympic golf event in Japan has been released, with Paul Casey and Tommy Fleetwood representing Britain and Rory McIlroy is set to play for Ireland.

Hatton has finished in the top 10 on four occasions on the PGA Tour this season, one of which came at the Palmetto Championship where he finished in a tie for second behind Garrick Higgo.

Last season, the 29-year-old arguably had the best week of his career in Florida when he won the Arnold Palmer Invitational, securing his first win on the PGA Tour.

The World No. 11 has also won six times on the European Tour, including victories at the BMW PGA Championship at Wentworth and the Abu Dhabi HSBC Championship.

Related Articles
Tiger Woods tells Charlie Woods life message: "You will never be my friend"
The Match: What YOU need to know about Tiger and Rory's duel with JT and Spieth

Hatton has taken the decision to sit out of the Olympic golf tournament this year, which is being held at Kasumigaseki Country Club from July 29th to August 1st.

In the 60-strong field, America is the only country that have more than two players representing them this summer. Justin Thomas, Collin Morikawa, Xander Schauffele and Bryson DeChambeau are all in the top five of the Olympic rankings, with US Open champion Jon Rahm now in first position.

NEXT PAGE: RICKIE FOWLER AND WIFE ALLISON STOKKE ARE EXPECTING A BABY GIRL THIS YEAR!