Rickie Fowler and wife Allison Stokke are expecting a baby girl this year!

Rickie Fowler and Allison Stokke got married in 2019 and now they are expecting their first child this year. 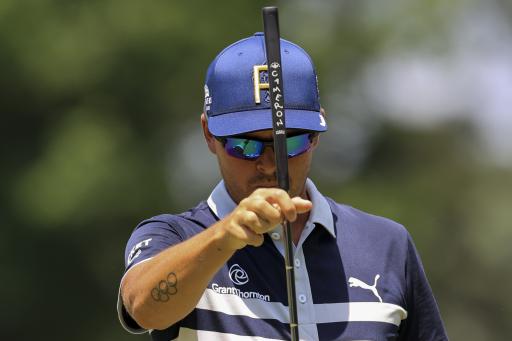 Rickie Fowler and his wife Allison Stokke have announced the exciting news that they are expecting a baby girl at the end of 2021.

The pair, who were married in 2019, both announced on their own Instagram accounts that they are expecting their first child together, which is brilliant news for the happy couple.

Just last weekend, Jon Rahm was able to celebrate winning his first major title at the US Open with his recently-born son and soon, Fowler will be able to create memories with his new family member.

The 32-year-old began dating Stokke in 2017 and just one year later, they were engaged to be married. There is plenty of athletic ability in the family, as Stokke used to be an American high school record-holder in pole-vaulting.

As she progressed to an elite, national level, her career unfortunately took a turn for the worst when a photograph of her at an event in New York in 2007 circulated to a blog that objectified women.

After overcoming much unwanted media attention, Stokke still thrived in pole-vaulting and attended the University of California, Berkeley. She also attempted to qualify for the London Olympics in 2012.

So it is fair to say that there is no shortage of competitiveness in this family, and in recent weeks on the PGA Tour, Rickie Fowler has regained his competitive edge as well.

After the AT&T Byron Nelson this season, Fowler plummeted to 128th in the world rankings, but he has since improved with a finish for tied 8th at the PGA Championship and tied 11th at the Memorial Tournament.

This news for the happy couple is very exciting and it could provide even more inspiration for Fowler to achieve great things on the PGA Tour.