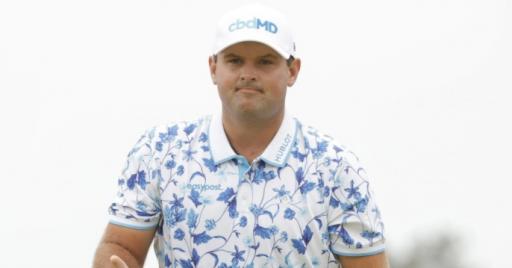 Patrick Reed, Tony Finau, Cameron Smith and Matt Wolff are four of the latest names to commit to the controversial Saudi International on the Asian Tour next month.

They will join the likes of defending champion Dustin Johnson, Bryson DeChambeau, Phil Mickelson, Xander Schauffele, Tommy Fleetwood, Tyrrell Hatton and Ian Poulter, who had all previously confirmed their participation at the end of 2021.

The PGA Tour recently granted exemptions for players wishing to play in the controversial event.

In a statement released, the PGA Tour confirmed that players could take part subject to stringent conditions being met.

RELATED: PGA TOUR CLEARS THE WAY FOR ITS PLAYERS TO COMPETE IN THE SAUDI INTERNATIONAL

The tournament, which had been in the hands of the European Tour the past three years before switching to the Asian Tour for 2022, also welcomes a new title sponsor, the Public Investment Fund (PIF).

It will also be powered by Softbank Investment Advisers in what will be the Asian Tour’s strongest-ever field.

The tournament will once again return to King Abdullah Economic City (KAEC) at Royal Greens Golf and Country Club from 3-6 February.

It is understood that many of the world's best players will receive lucrative tournament appearance fees when they compete.

The event has been widely criticised since its inauguration in 2019 as part of the Saudi government's efforts to "sportswash" its human rights abuse.

Last year, the Saudis are said to have made a $100 million investment in the Asian Tour.

"We have a truly world-class international field assembling for the 2022 edition of the Saudi International. The mix of the world’s best players from across the U.S., Europe and Asia Pacific will make this year our most anticipated yet," said Majed Al-Sorour, CEO and Deputy Chairman of Golf Saudi and the Saudi Golf Federation via a release.

"Bringing together strong fields for our international men’s and women’s events has shown to play a vital role in driving participation and engagement in the sport in Saudi Arabia.

"The commitment from our long-term partners at the PIF to take the title position on the event has provided further recognition that the event has reached a level of strategic importance for Saudi Arabia, impacting our schools and grassroots programs as well as our rapidly improving national teams as part of the long journey we’re on in Saudi Arabia."

NEXT PAGE: BRYSON AND BROOKS WITH CONTRASTING VIEWS OVER THE SENSATIONAL ANTONIO BROWN INCIDENT