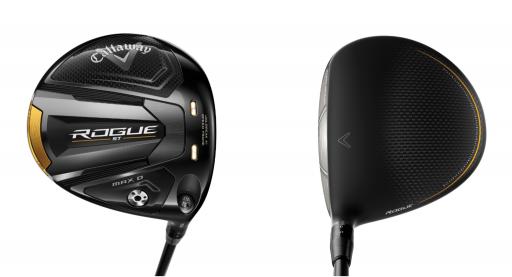 Callaway Golf have officially announced their new Rogue family of drivers with each of these new products available at retailers across Europe from March 4.

These new drivers (£479) are the Company’s fastest, most stable drivers ever with industry-leading innovations that create a breakthrough in performance.

An all-new Tungsten Speed Cartridge places specific weight (up to 26 grams) low and deep in the head for increased speed, stability and high MOI.

The construction, shaping and positioning of their Jailbreak Speed Frame promotes even more speed and stability. And as the industry leader in Artificial Intelligence, they have lowered spin and increased forgiveness in their face optimization formula.

RELATED: PAULINA GRETZKY AND DUSTIN JOHNSON PARTY HARD AS THEY RING IN THE NEW YEAR

The new driver family comes in four different editions starting with the Rogue ST MAX which is Callaway's highest MOI head with a slight draw bias that’s built for all levels of golfers. This is the best combination of distance and forgiveness in a Callaway driver.

The Rogue ST MAX D driver is built for golfers who want maximum levels of forgiveness from their driver. It’s built for very high MOI with a reduced face progression and a more upright lie.

Internal and external draw weighting have also been added, along with a generously stretched profile at address for maximum shot shape correction.

The Rogue ST MAX LS driver is a high MOI head built for lower spin along with a stronger trajectory. Players can expect to see a more neutral ball flight, more workability and lower spin characteristics compared to the Rogue ST MAX. It’s a great option for many mid-to-low handicap players.

It’s the lowest spinning Rogue ST Driver model, with a neutral-to-fade bias in a compact 450cc head. The titanium unibody construction provides stability and lowers the centre of gravity, while the proprietary Triaxial Carbon crown and sole allows for saving weight.