Take a look at our top three bets for this week's team event on the PGA Tour, the Zurich Classic of New Orleans. 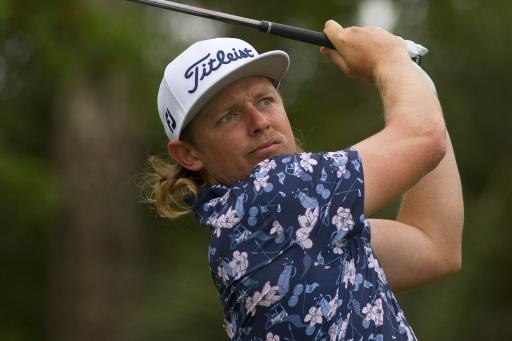 After being cancelled last year due to the coronavirus outbreak, the Zurich Classic of New Orleans is finally back, as some of the biggest names in golf pair up for the team event on the PGA Tour, but which teams do we like the look of this week?

In 2019, the pairing of Jon Rahm and Ryan Palmer claimed a three shot victory over Tommy FLeetwood and Sergio Garcia and the pair will once again partner up to defend their title at TPC Louisiana.

Rahm and Palmer go into the event as the slight favourites, but American duo Xander Schauffele and Patrick Cantlay are right behind them.

Teams play as a fourball for the first and third rounds and swithc to alternate shot for the second and fourth rounds, with the top 35 teams and ties making the cut into the weekend.

It's always a tough event to bet on, with some teams that you don't expect finishing high in the leaderboard, but read on to check out our top three bets for this week's action.

Cameron Smith missed the cut here in 2019 when paired with Jonas Blixt, but he is one of the most in-form players on the PGA Tour right now and has a far better chance with his Australian teammate Marc Leishman by his side.

Smith has finished in the top 20 multiple times already this year and last week he finished T9 at the RBC Heritage, whilst Leishman is returning to action after a T5 finish at The Masters.

These two are good friends and will be feeling very confident at TPC Louisiana, so they lead the way in our top three selections this week.

There's always excellent value to take advantage of at this event and as mentioned earlier, there's always teams you don't expect around the top of the leaderboard.

Kevin Kisner and Scott Brown both missed the cut at last week's RBC Heritage, which is a slight concern but the team event requires a different approach and this pairing finished T5 in this event in 2019, so with odds as big as 50/1, they're worth a small wager to win or even an each way bet.

Our last selection is all about finding some serious each way value and we think the pairing of Matt Every and Charlie Beljan is worth a small bet each way.

These two are so far down the pecking order when it comes to world rankings, but going purely off Every's T3 finish here in 2019, we'll be placing a small each way bet on this pairing, which could result in some crazy profit.