Poulter: "Best bit was you missed the one before. I have one most practice sessions. It focuses the brain." 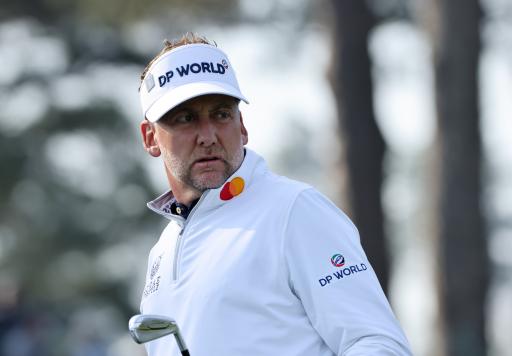 Ian Poulter was caught on camera hitting a huge shank on the driving range at last week's RBC Heritage and after the video went viral, he decided to react on social media.

It wasn't the best of performances from Poulter, who shot a 1-under par final round to finish in a tie for 48th at 4-under par, taking home $18,957 for his efforts.

His on-course performance though was far better than what he produced on the driving range at Harbour Town Golf Links, after the Englishman was caught hitting an awful shank, that saw the toptracer line shoot off to the right.

Poulter looked a little embarrassed and even more so when he turned around and saw the cameraman on him, but he saw the funny side when a video of his shank was posted on social media by Skratch.

WATCH POULTER'S MEGA-SHANK IN THE CLIP BELOW:

"Range shanks happen to all of us. Traced range shanks only happen to the best of us," read the caption on the Skratch Instagram page.

It didn't take long for the video to rack up a serious amount of views and Poulter decided to get in on the fun in the comments.

"Trackman didn’t pick that one up..." Poulter said in his first comment, before adding another a short while later. "Best bit was you missed the one before. I have one most practice sessions. It focuses the brain."

It's always nice to see the world's best hit shots that we hit every week and it's even better when they can have a laugh about it. Well played, Mr Poulter.