Some golf fans have criticised the BBC for the lack of coverage of the men's Olympic Golf event, but some fans have posted their praise. 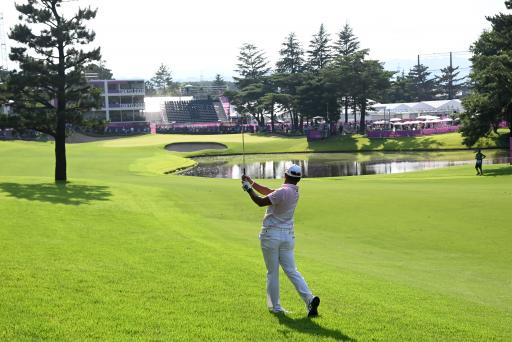 Golf fans have debated the quality of the BBC's coverage of the men's Olympic Golf tournament on social media this week, with some fans being very critical of the longstanding platform.

The BBC is the main channel that has covered the Olympics in the UK and it has covered countless sports and events since the Olympic Games opened its doors on 23rd July.

As the games are in Japan this year, with the golf events being held at the Kasumigaseki Country Club, the coverage begins very late at night in the UK and continue into the early hours of the next morning.

Xander Schauffele leads the way with one round remaining and he will tee off at 3.09 am tomorrow morning in pursuit of the Olympic gold medal.

With many of the world's best players in contention, such as Hideki Matsuyama, Rory McIlroy and Tommy Fleetwood, the final round in Saitama is set to be an exciting one.

The coverage of golf has been debated by golf fans on social media and there have been people who have both praised and criticised the BBC.

The popular channel will begin coverage of the final round of the men's golf at 11.30 tonight, however with so many events beginning in the middle of the night as well, they are sometimes required to chop and change to different events.

This could be where the source of criticism lies, as there are so many events to cover and many fans have made their strong feelings known.

Here are some views that have been posted by fans on social media:

So frustrating that #BBC are showing so little of the men’s #Olympic golf competition & you have to dodge all the other stuff to find coverage
Heaven help the coverage for the women
Come on #TeamGB pic.twitter.com/7RLs4v51q1

#bbcolympics Great seeing some extended coverage of the golf on BBC. Supporting the GB boys whilst eating my breakfast here in Prague and enjoying the dulcet tones of Tony Johnstone on commentary. Come on Tommy & Paul!

I am truly dismayed at the BBC coverage of the Olympics-even the catch up programmes are rubbish. Highlights of the golf for example showed 4 shots. Poor.@bbc5live @ClaireBaldwin13

It would be good if the BBC showed the golf on the Olympics. There coverage has been very bitty in only telling us the score of a few players!

BBC's coverage of the golf at the Olympics is awful.

NEXT PAGE: HOW TO WATCH THE OLYMPIC GOLF: A TV GUIDE FOR UK AND US GOLF FANS