Rory McIlroy is on the hunt for a gold medal at the Olympic Games and this week has changed his mind about the whole event. 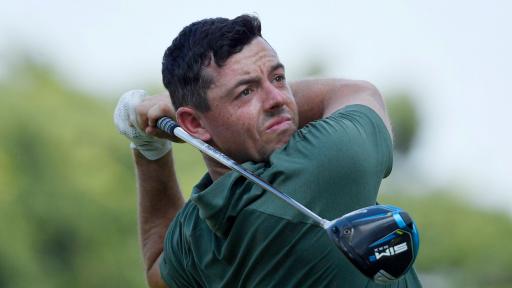 Rory McIlroy has admitted that he has been "proven wrong" at the Olympic Games, after the Northern Irishman has previously expressed his reservations about the event.

Before the tournament, McIlroy said that he has never dreamed of winning an Olympic gold medal and that it was all about Claret Jugs and Green Jackets in his mind.

The 32-year-old chose not to play at the 2016 games in Rio de Janeiro and said that he probably wouldn't be watching the golf over events such as track and field.

But it seems that something has clicked this week and he has discovered the magic of the Olympics, and this is evident with the quality of his golf at Kasumigaseki Country Club.

"I never obviously competed in an Olympic Games, I watched them from afar, but being a part of something that's completely different and bigger than me and even our sport in general, that's a pretty cool thing," said McIlroy.

"I didn't know if this was going to be my only Olympics that I play or whatever and I'm already looking forward to Paris (in 2024). I'm thinking about that. I need to give things a chance.

"I was speaking to my wife last night and saying maybe I shouldn't be so sceptical. But I think I need to do a better job of just giving things a chance, experiencing things, not writing them off at first glance.

The four-time major champion carded a 4-under-par 67 in the third round to reach 11-under-par, which is just three shots behind Xander Schauffele who leads the chase for the gold medal on 14-under-par.

His Irish teammate Shane Lowry is one shot further back on 10-under-par alongside Tommy Fleetwood, but Paul Casey is leading Team GB's charge on 12-under-par with one round remaining.

NEXT PAGE: "IT WAS LOUDER THAN A FOOTBALL MATCH!": JON THOMSON SPEAKS ABOUT OPEN EXPERIENCE