"Get Tiger Woods' old caddie Steve Williams on the bag, and then the majors will follow." 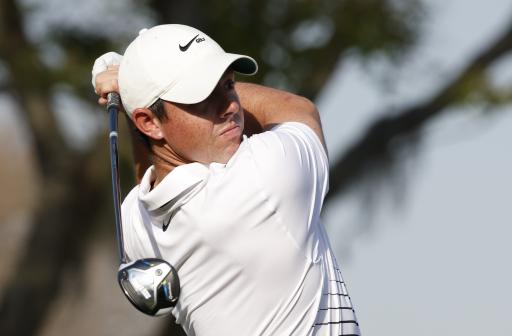 Golf fans have been debating why Rory McIlroy is struggling so much after watching the former World No.1 slump to a missed cut on 10-over par at The Players Championship.

McIlroy, who was the defending champion at TPC Sawgrass, narrowly broke 80 with a round of 79 on Thursday and he then added a 75 on Friday to miss the cut by 10 shots.

The Northern Irishman, who is now out of the world's top 10 for the first time in three years and winless anywhere around the world since November 2019, confirmed to the media on Friday that he regrets attempting to emulate Bryson DeChambeau's effort to gain even more power off the tee as it's affected his swing as a result.

While recent form figures of seven top-20s in his last nine starts suggest there is not a great deal wrong with his game, this is a four-time major winner, 18-time PGA Tour victor, and two-time FedEx Cup champion we are talking about here.

McIlroy is a born winner, or at least that is what so many of us thought.

After posting about McIlroy's second missed cut in his last four starts on our social media channels on Friday evening, we wanted to learn what our followers think the World No.11 needs to do to get back to the top of the game.

Judging by the hundreds of comments we received over the weekend, a large number of golf fans believe McIlroy would be better of with a more experienced caddie on the bag rather than his best mate Harry Diamond, who has held the position since replacing JP Fitzgerald in 2017.

"It's definitely time for a caddie change," commented one GolfMagic reader. "It's clearly not working. Get Matt Wallace's old caddie on the bag, he has the experience."

Another reader wrote: "He needs a proper caddie. Not just a bag carrying mate."

"Get Tiger Woods' old caddie Steve Williams on the bag," said another reader. "He will become more consistent and the majors will follow."

"Been saying it for years since JP left," said one reader. "He got his mate to fill in for a few weeks and it turns into years of treading water."

"Friends are great and his buddy would be a great caddie on the senior Tour one day, but business is business if he wants a shot at history," said one reader.

"An experience caddie will stop him making the wrong choice of club or shots," wrote another reader. "His mate doesn't have the experience to do that."

One golf fan wrote: "He should get his wife on the bag. It's worked for Westy!"

Others feel a break is needed ahead of his bid to complete the career grand slam at The Masters this April.

"It's time for Rory to stop playing and examine everything he's doing," said one GolfMagic reader. "He's too damn good to be playing this way."

"Something is not right," said one reader. "He looks as if he is going through the motions."

"Rory looks tired and jaded, and his demeanour is all wrong," wrote one reader. "A few weeks rest and hard practice before The Masters might see him in a different light."

Another wrote: "He needs a break to sort the shoulder turn out, and I'd sack the caddie."

Many were in agreement that McIlroy's attempt to gain more power and keep up with DeChambeau's clubhead speed that falls just shy of 150 mph should never have been the answer over recent months.

"He needs to stop trying to keep up with Bryson," wrote one reader. "Get back to what is natural and don't listen to the so-called experts who are hanging on to you."

"No sympathy for him," said one reader. "Trying to hit the ball too hard has caused him to lose the feel he once had. What's the point in bombing a drive 330 yards, and then not being able to hit a green with a wedge?"

"Go back to what made you successful," said one reader. "One of the most naturally gifted talents in the game. Already hits it a mile before even trying to keep up with Bryson in the off-season. Rein in the power and focus on the short game."

Some simply believe class is permanent and that McIlroy will once again rise to the top of world order very soon.

"Rory will return to the top of the world and win The Masters too," said one reader.

"He's an unbelievable talent," said one reader. "It's really a case of managing his misses and knowing when to take the conservative shot. Little smarter golf and he will be back to his winning ways."

What do you make of McIlroy's current form ahead of The Masters next month? Share your thoughts and comments over on our social media channels now.