Collin Morikawa shot 3-under-par in the second round at Harbour Town Golf Links while sporting a grey Adidas hoodie. 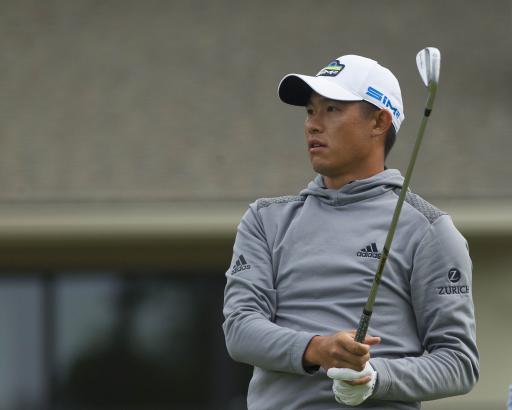 Collin Morikawa reignited an ongoing debate yesterday at the RBC Heritage when he wore a grey Adidas hoodie during his second round at Harbour Town Golf Links.

Tyrrell Hatton and Rory McIlroy are players who have also worn hoodies this season and as you would expect, this has resulted in a boom in sales for this item of clothing.

It is fair to say that the hoodie is not associated with the traditions of the sport, but when top players such as Morikawa are seen in one, it signifies the evolution of golf and its dress code.

Golf fans took to Twitter to express their thoughts on Morikawa's hoodie.

Also, who decided Colin Morikawa could wear a hoodie on a golf course? #justnotright

Morikawa playing a tour event in a hoodie today is absolutely filthy. One of my favorite golfers on the tour

If I didn't already cheer for Collin Morikawa enough, he's rocking a hoodie while playing at the RBC today. The man can do no wrong.

Morikawa, 24, shot a bogey-free round of 68 yesterday at Harbour Town Golf Links to finish on 9-under-par for the tournament, which is seven shots behind runaway-leader Stewart Cink

The World No. 4 birdied the 6th, 13th and 15th holes and parred the rest to card 3-under-par. He sits in a tie for 4th alongside Cameron Smith, Billy Horschel and Sungjae Im.

Morikawa won his first major title at the USPGA Championship in 2020. The 24-year-old has gone from strength to strength since then with another win at the Workday Championship at The Concession in February.

Cink leads by five shots at the RBC Heritage after the 47-year-old carded another 63 to shoot a record 36-hole score of 16-under-par.

The 2009 Open champion has won this tournament twice during his career and he could become only the third player in PGA Tour history to win it at least three times.

NEXT PAGE: STEWART CINK LEADS WITH A RECORD SCORE AT THE RBC HERITAGE ON 16-UNDER-PAR